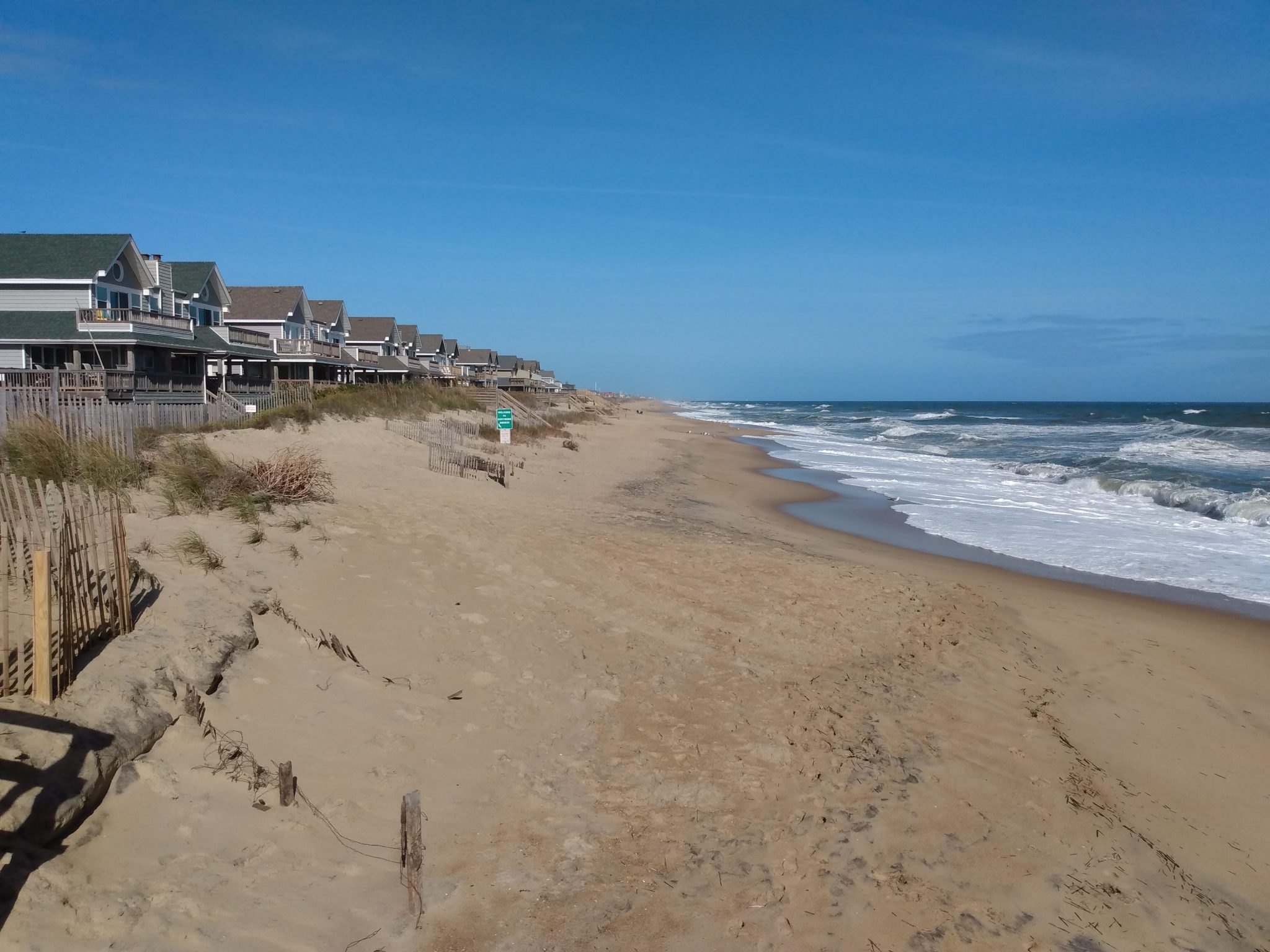 Hoping to fund two new beach nourishment projects in 2022 – one in Southern Shores and the other in Avon – the Dare County Board of Commissioners next month will consider a plan to help finance those projects with the limited amount of money currently available in the county’s coffers designated for such projects.

During the board’s Dec. 21 meeting, Dare County Manager Bobby Outten told the commissioners that the $8.5 million currently in the county’s Beach Nourishment Fund was only enough to help pay for one of those projects – but not both. The proposal he unveiled at the meeting is for the county to find an additional $7 million to pay for the two projects by reducing the funds it gives to all Dare County municipalities for beach nourishment.

Southern Shores, the only municipality in Dare County that hasn’t yet conducted a town-wide renourishment project, has seen increasingly thinning beaches in recent years. Avon, an unincorporated part of the county, has been faced with extensive beach erosion and ocean overwash onto N.C. 12 during almost every significant storm event over the past two years. Early this year, the county had chipped in to pay for feasibility studies in both communities.

The project in Southern Shores is estimated to cost between $14 and $16 million, and Avon’s sand pumping would cost roughly $11 million. Over the years, beach renourishment projects have been funded through a combination of municipal and service district taxes as well as Dare County’s Beach Nourishment Fund, which typically foots about 50% of the bill for the projects in the municipalities.

“So, we’ve got almost $30 million worth of projects out here and we’ve got $8.5 million dollars (available in the Beach Nourishment Fund). And we are trying to think ‘how in the world are we going to fund these projects,’” Outten told the commissioners at the meeting.