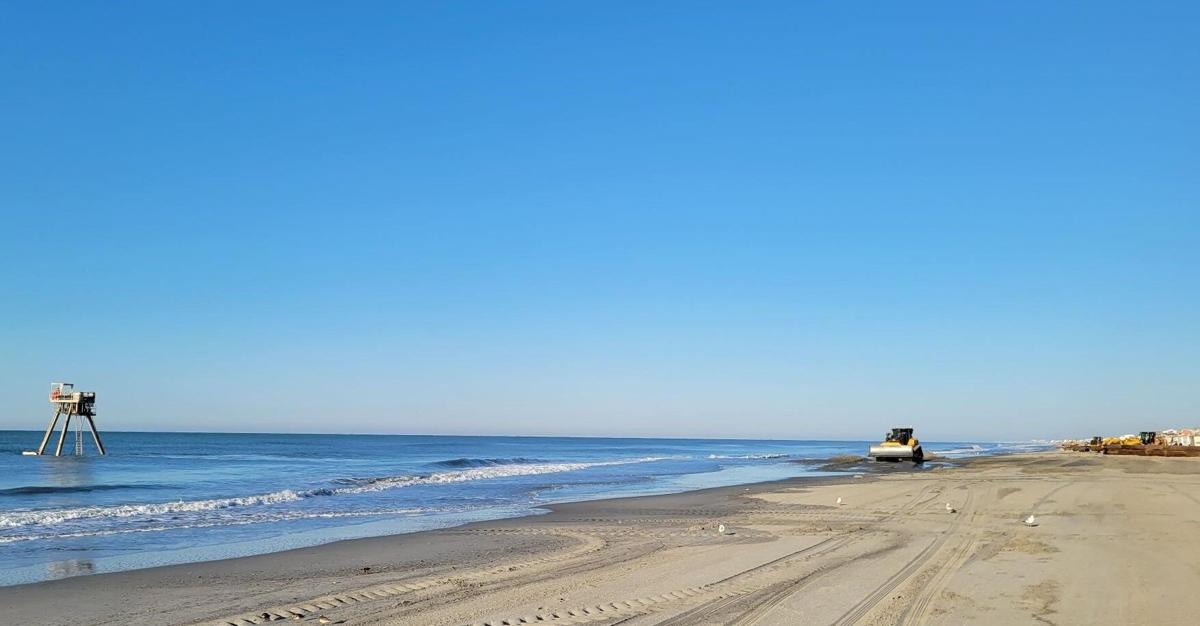 The Liberty Island, one of two Great Lakes Dredge and Dock Co. vessels working on the project, delivered its last load of sand via pipeline to the strand in the eastern end of town at about 6 a.m. Monday. The other vessel on the project, the Ellis Island, finished its work Sunday night, transporting a load of sand from the borrow site in the ocean off Atlantic Beach.

“This has been a great project and we’re still on schedule to begin planting next week,” Greg Rudolph, manager of the Carteret County Shore Protection Office, said in an email Monday.

Great Lakes Dredge and Dock Co., based in Illinois, is removing all of its equipment from the beach, hauling it up the vehicular beach access ramp on Ocean Drive and loading it onto flatbed trucks.

The Eastern Ocean Regional Access, the site of the last phase of the work, was closed over the weekend, but reopened Tuesday.

Emerald Isle town manager Matt Zapp said the county, its engineers and the contractor executed the project well and Emerald Isle is pleased with the results, including a more storm-resistant strand.

“Visitors have an even more beautiful beach to enjoy,” he said.

The work delivered 2.015 million cubic yards of sand to the beaches of Emerald Isle.

Mr. Rudolph praised not only Great Lakes for finishing the $31.6 million project four days earlier than the environmental deadline specified in the contract, but also property owners, residents, visitors and rental companies.

“We’re very cognizant of the impacts of a 24-hours/7-days-a-week oceanfront construction project,” he said.