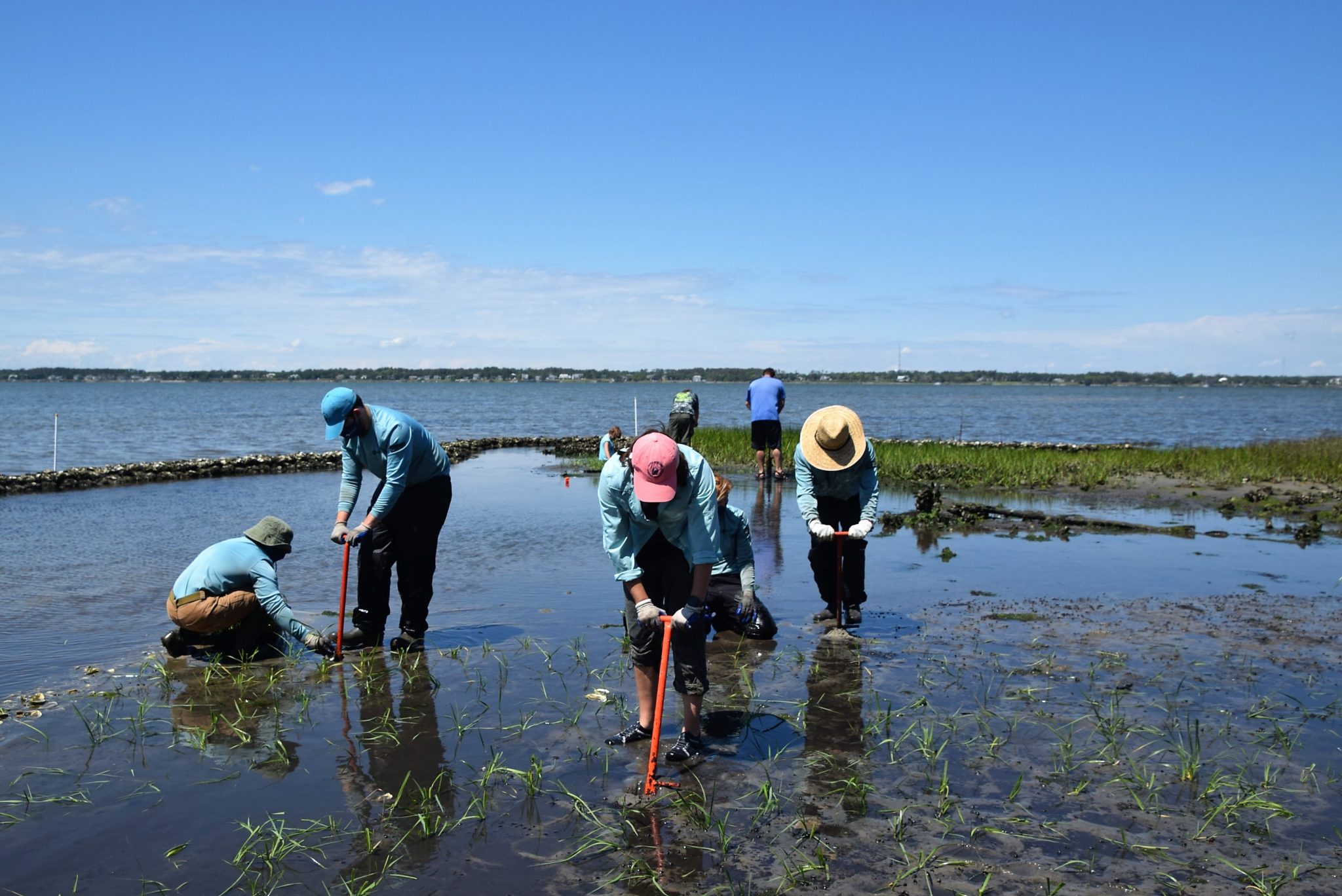 About 3,000 salt marsh sea grass plugs were planted recently as part of a large-scale living shoreline project in Bogue Sound by town hall.

The project was one of a handful focused on coastal restoration and living shorelines tackled through a partnership between Conservation Corps North Carolina – the first of its kind for this group, according to one organizer — and the North Carolina Coastal Federation.

The living shoreline was built with bags of recycled oyster shells placed along the shoreline by Restoration Systems LLC, an environmental restoration business based in Raleigh. The state Department of Justice’s Environmental Enhancement Grant program and the North Carolina Land and Water Fund funded that portion of the project.

Though there was a torrential downpour that morning and into early afternoon, the sky cleared by about 2 p.m. May 7, allowing enough time to plant the thousands of plugs.

AK Kelly, from Florida, was among the six-member crew planting salt marsh grass that day.

Kelly joined the Conservation Corps earlier this year, after deciding it was time to get back into the field, literally. Kelly earned a degree in environmental science focusing in conservation a few years ago, but after graduating, ended up in the service industry.