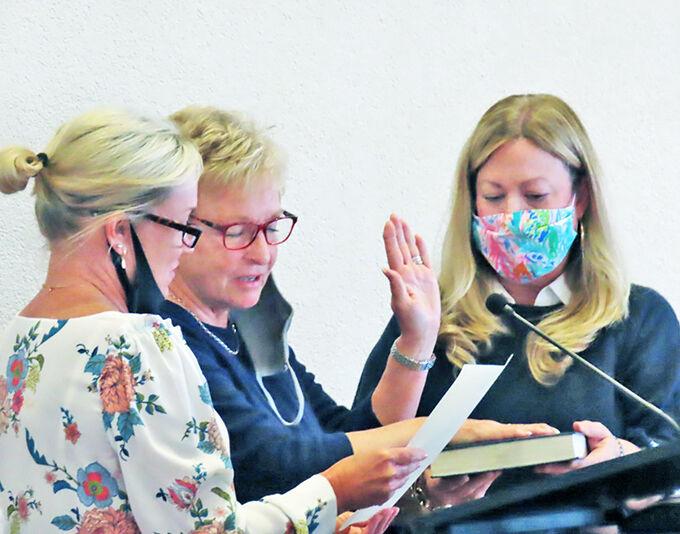 The Southport Planning Board began grappling with regulation of short term rentals more than a year ago, then discussions all but halted when board meetings were moved to the online Zoom platform due to the COVID-19 pandemic.

But Tish Hatem, Planning Board Chair, says that even though meetings were on Zoom – without public comment sessions – the board still heard from many people regarding the issue.

And as the area moves toward a recovering 2021 tourist season, the issue is again foremost in the minds of many Southport residents, rental management companies, and city officials as evident when discussions began again during public comment time which was reinstated at the in-person April 15 meeting.

Seven individuals addressed board members and their comments echoed previous concerns, with some asserting that short term rentals, due to weekly turnover of high volume tourists, can distract from the friendly, neighborhood atmosphere of Southport.

“Pretty soon, there will be no long-term residents here,” said Tracy Beaulieu of West Nash Street. “I know other towns like ours where that has happened.”

She listed concerns about the changing character of Southport neighborhoods caused by short term rentals, including parking problems, properties being used for large gatherings, trash and litter, noise, and safety and security for permanent residents in the neighborhoods.

“Our charming town is being lost – it saddens me to see the onslaught of people affecting the wholeness of our neighborhoods,” Beaulieu concluded.

Most speakers noted tourists are welcome, but not to the disruption of the neighborhoods. Several individuals’ comments to the board targeted safety issues, lack of regulation, and inconsistent collection of occupancy and sales taxes.

“As a bed and breakfast owner, I have many regulations,” said Linda Pukenas, who described herself as a realtor, neighbor and taxpayer along with bed and breakfast operator. “We have to get permitted, approved by the city, have the health department inspect us, have commercial insurance and operate under a LLC,” she said. “This is very good for safety.” She asked that short term rentals be held to the same safety standards, and that payment and collection of taxes be equally enforced for those rental operations.