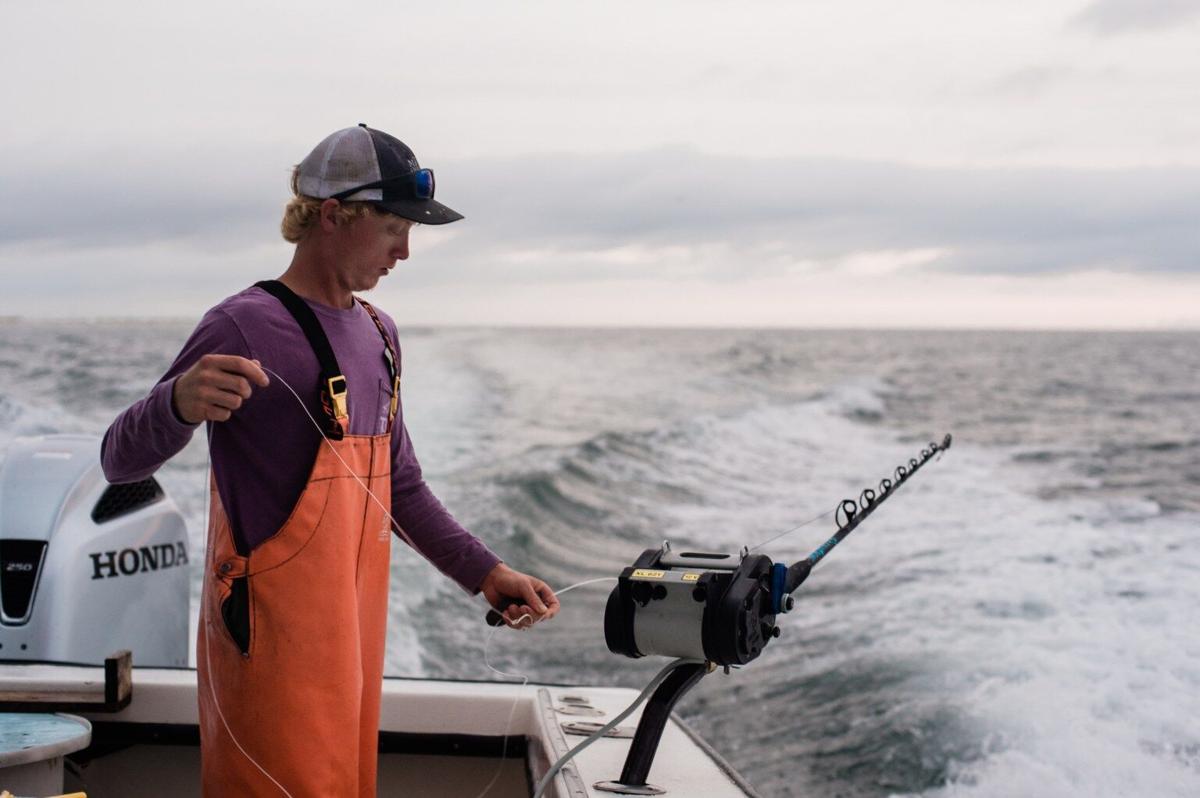 The alarm goes off at 3 a.m., and Cole Gibbs, the 21-year-old first mate of the commercial fishing vessel the Salvation, crawls out of bed and pulls a “Make America Fish Again” cap over his shaggy strawberry-blond mop.

He hops in his car and drives more than an hour from his home in Elizabeth City to Wanchese, a close-knit fishing community on Roanoke Island.

Despite the early mornings and long hours, Gibbs loves the work. After several stints on large commercial fishing boats, he prefers to spend his time aboard the Salvation, a 32-foot daytrip boat fishing the Atlantic off the Outer Banks.

Gibbs saves the money he earned, hoping to one day buy his own boat, making him a rarity in a business where few young men or women want to captain their own commercial shipping vessels.

“Very few young guys (are) getting into this because they don’t see a future in it,” said the Salvation’s captain and owner, Charlie Locke, who lives in Wanchese, near Manteo.

The commercial industry for wild-caught seafood off the North Carolina coast faces extreme pressure, as Locke sees it.

Commercial fishermen in North Carolina and elsewhere perceive a high degree of regulatory risk, unnerving changes in fish stocks and other environmental forces, and risks associated with their supply chain, such as the price they’ll get for their catch and whether they’ll find a buyer.

Shifting environmental conditions are a concern, but they’re affecting an industry that’s already stressed. At best, it’s a volatile industry, impacted by the persistent forces of weather, the market, international competition and waterfront development.

Scientists are also alarmed by the volatile impact of a changing climate on fisheries, a trend that Locke has observed over the last decade. It complements the deep uncertainty that already envelops the commercial fishing industry in North Carolina.

“No doubt something is going on,” Locke said. “The water is warming. You don’t need to understand rocket science to figure that out.”