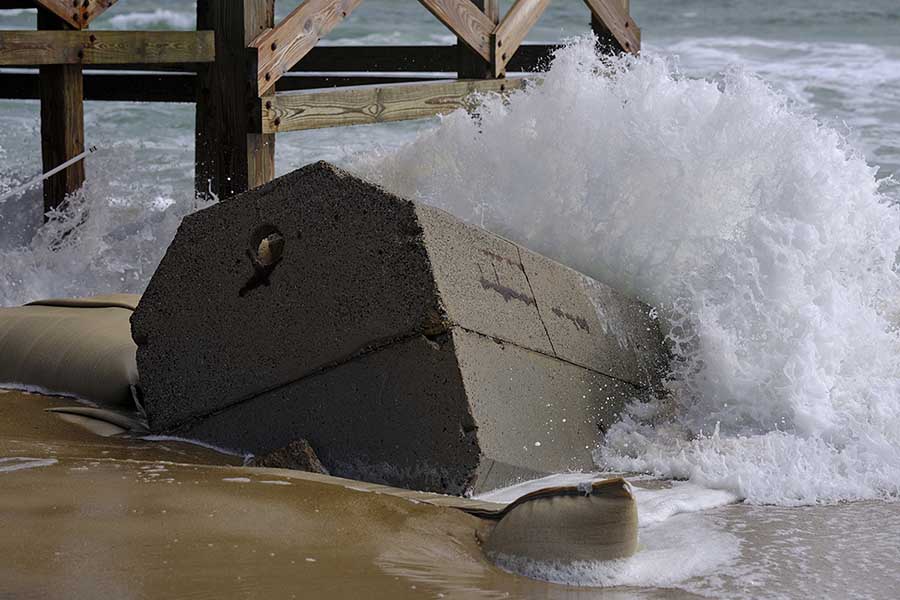 WILMINGTON – State rules on where septic tanks can be located on oceanfront properties are likely to change in the coming months.

The North Carolina Coastal Resources Commission Thursday gave the green light to Division of Coastal Management Director Braxton Davis to move ahead with proposed changes to existing rules, including setbacks and permit requirements.

Davis indicated those recommendations will include clarifying that an oceanfront property owner must obtain a permit in order to place a septic tank displaced by a storm or tide event back in its original location.

The proposed amendments would prohibit septic tanks from being placed seaward of the first line of oceanfront vegetation. Davis will present recommended changes at the commission’s November meeting.

Discussions have been taking place for months as to how federal, state and local governments can address a problem coastal experts say is only going to get worse with rising seas and climate change.

“Even when houses don’t collapse they are constantly shedding debris due to the wrath of high tides and the ocean,” Cape Hatteras National Seashore Superintendent Dave Hallac said at the commission’s quarterly meeting Thursday in Wilmington.

As he spoke, he scrolled through pictures on a large projector capturing the aftermath of the homes that collapsed in early February, a time in which there were no coastal storms.

The destruction left a debris field stretching about 15 miles on the national seashore, where everything from fiberglass shards, tens of thousands of roofing tiles, drywall, carpet and other construction materials littered the beach. “Even the kitchen sink, which is meant to be a bit of a joke, but it’s not,” Hallac said, referencing a photograph of a sink on the sand.

Though property owners paid for a contractor to clean the debris, the park has had to dig into its coffers to pay for cleanup. The park purchased a $40,000 beach rake, which is being used this week to pull materials off the beach.