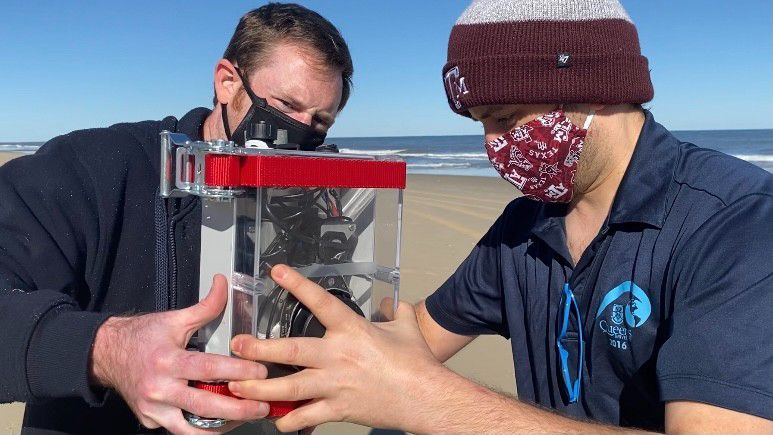 WILMINGTON, N.C. — The University of North Carolina Wilmington started offering a bachelor's degree in coastal engineering in 2019, which was the first of its kind in the country.

The program is now growing exponentially and could play an important role in the Biden administration's environmental plan.

Dr. Ryan Mieras was one of the department's first hires, and he and his students are actively working on finding solutions to the environmental issues facing coastal communities. He says human perception of risk affects how people react to climate change, and those living on the coast are experiencing the impacts firsthand.

“When you don't see it everyday, when you're not impacted by it everyday, it's hard to understand what's going on,” Mieras said.

Rising sea levels and increasingly powerful storms are threatening the livelihoods of towns all up and down the North Carolina coast. Mieras said this is a problem that needs to be addressed now, not years from now when it's too late to change anything.

But he said until you can show people a visual representation of what's happening, it's hard to get policy behind it.