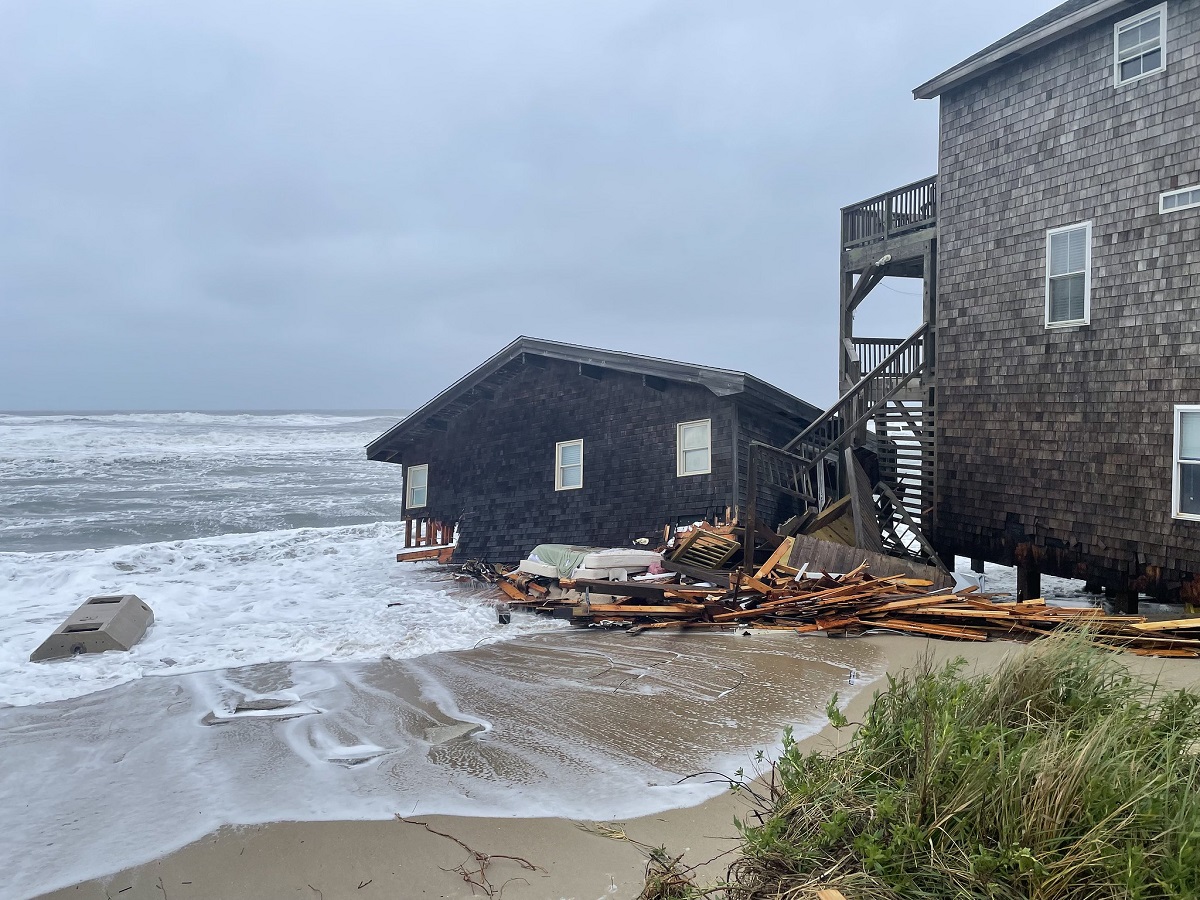 The state’s top coastal management official is expected to propose new rules in response to the collapse earlier this year of oceanfront homes on the Outer Banks and other beach houses currently at risk of falling into the ocean. Proposed rules are expected to be presented to the state Coastal Resources Commission when it meets this month in Wilmington.

The commission and its advisory council meet at 9 a.m. Sept. 14 and 15 at the Holiday Inn, 5032 Market St., in Wilmington. The commission, which is composed of 13 appointed members, sets policy for the Division of Coastal Management.

So far this year, three unoccupied, oceanfront houses in Rodanthe have collapsed onto national seashore property. The destruction required extensive cleanups as debris spread along miles of seashore.

Presentations by Cape Hatteras National Seashore Superintendent Dave Hallac and Division of Coastal Management Director Braxton Davis are on the agenda for the commission meeting, which is open to the public but not expected to be livestreamed.

Davis is expected to present proposals for the potential rule changes that stem from discussions of a recently created interagency workgroup that includes National Parks Service and Division of Coastal Management officials and the Dare County manager and county attorney.

The changes are expected to focus on septic tank siting and repairs in ocean hazard areas of environmental concern. The approach was discussed by the task force as a “high priority/short-term action,” according to a memofrom Davis to the commission.

About 750 of roughly 8,777 oceanfront structures were considered to be at risk from oceanfront erosion, with no dunes or vegetation between the structure and ocean, according to the memo, “and this situation is anticipated to worsen with increasing sea level rise and coastal storms.”