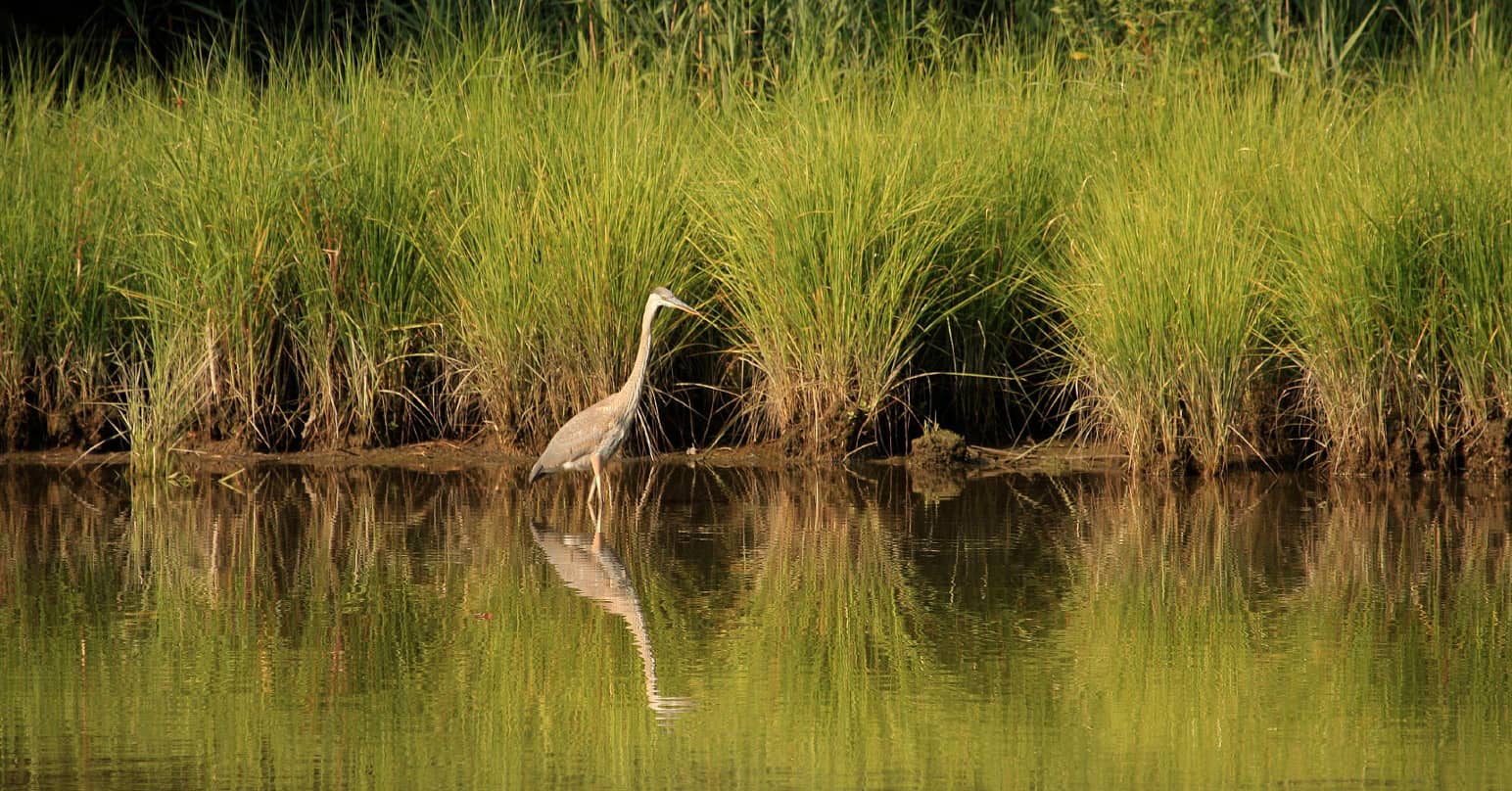 Winds and waves, hurricanes and nor-easters build and erode islands and inlets, beaches and bays.

But those changes pale in comparison to what scientists say will be the dramatic transformation of the coast driven the effects of sea level rise.

A new report by the environmental organization Climate Central says North Carolina could lose up to 40% of its wetlands to sea level rise by 2070.

That’s a significant loss, considering North Carolina has 220,000 acres of coastal wetlands. And those marshes offer a wide variety of benefits from providing flood protection and erosion control, habitat to endangered birds and commercially harvested species such as fish, water filtration, recreation, and carbon sequestration.

The good news is that coastal wetlands are very resilient. They can sustain themselves in two ways: migrate horizontally (go inland) or grow vertically (add plant matter).

But here’s the problem.

Salt marshes are just like North Carolina’s barrier islands, they continually migrate. Those dryland areas wetlands move into are known as refugia. In some areas, wetland moving into forest has created unique “ghost forests”. But that inland migration is struggling to keep pace with sea levels that are rising fast.

Add to that, when a bulkhead or a home or subdivision is built next to a marsh, the migration becomes impossible. The ecosystem will eventually be lost.

Wetlands can also escape sea level rise by building up. That means as plant matter dies and decays and new plants grows above the old, the land elevation increases. That also is not keeping pace with sea level rise.

“North Carolina may benefit a lot from different wetlands protection measures, but the state also needs to be ready for a world with fewer wetlands and think about what that looks like,” said Ben Strauss, CEO and Chief Scientists of Climate Central.

The researchers used a mapping tool to show estimates for what happens under various land use and sea level rise scenarios.

For example, if the world meets the 2015 Paris Agreement and agrees to keep global warming to 2 degrees Celsius (about 3.6 degrees Fahrenheit) and North Carolina fully develops the coast, the report shows the state could lose 40% of its coastal wetlands by 2070 and 62% by 2100.

If on the other hand, if the global warming targets are met and the state fully preserves its coast, Climate Central estimates wetlands could increase by 42% by 2070 and 41% by 2100.

The report recommends an increased effort to purchase large parcels of undeveloped land or placing conservation easements on land adjacent to wetlands to allow marshes to migrate.

The study found North Carolina and Louisiana are the only two states that could lose coastal wetlands under almost every sea level rise scenario. The full study was published in Environment Research Communications.

Ironically, just days after the Climate Central report was released, the National Oceanic and Atmospheric Administration NOAA released its own recommendations for saving coastal wetlands.

The agency said nationwide wetlands losses from 2004 to 2009 amounted to about seven football fields every hour and a 25% increase from the previous six-year period.

The report emphasizes the need for increased protection and restoration of wetlands to reduce storm surge, increase wildlife habitat and sequester carbon. Some broad recommends from the NOAA report include: increasing the acreage of wetlands restored in coastal watersheds, reducing the loss of coastal wetlands to development, and supporting the collection, enhancement, and dissemination of landscape-scale wetland monitoring data.

To learn more about how loss of coastal marshes can affect wildlife, watch this story about the saltmarsh sparrow from our State of Change series: