Mid-Atlantic
TREE GRAVEMARKERS: The skeletal remains of a forest rise out of the marshy grasses near the Blackwater River in Robbins, Maryland. MATT KIRWAN 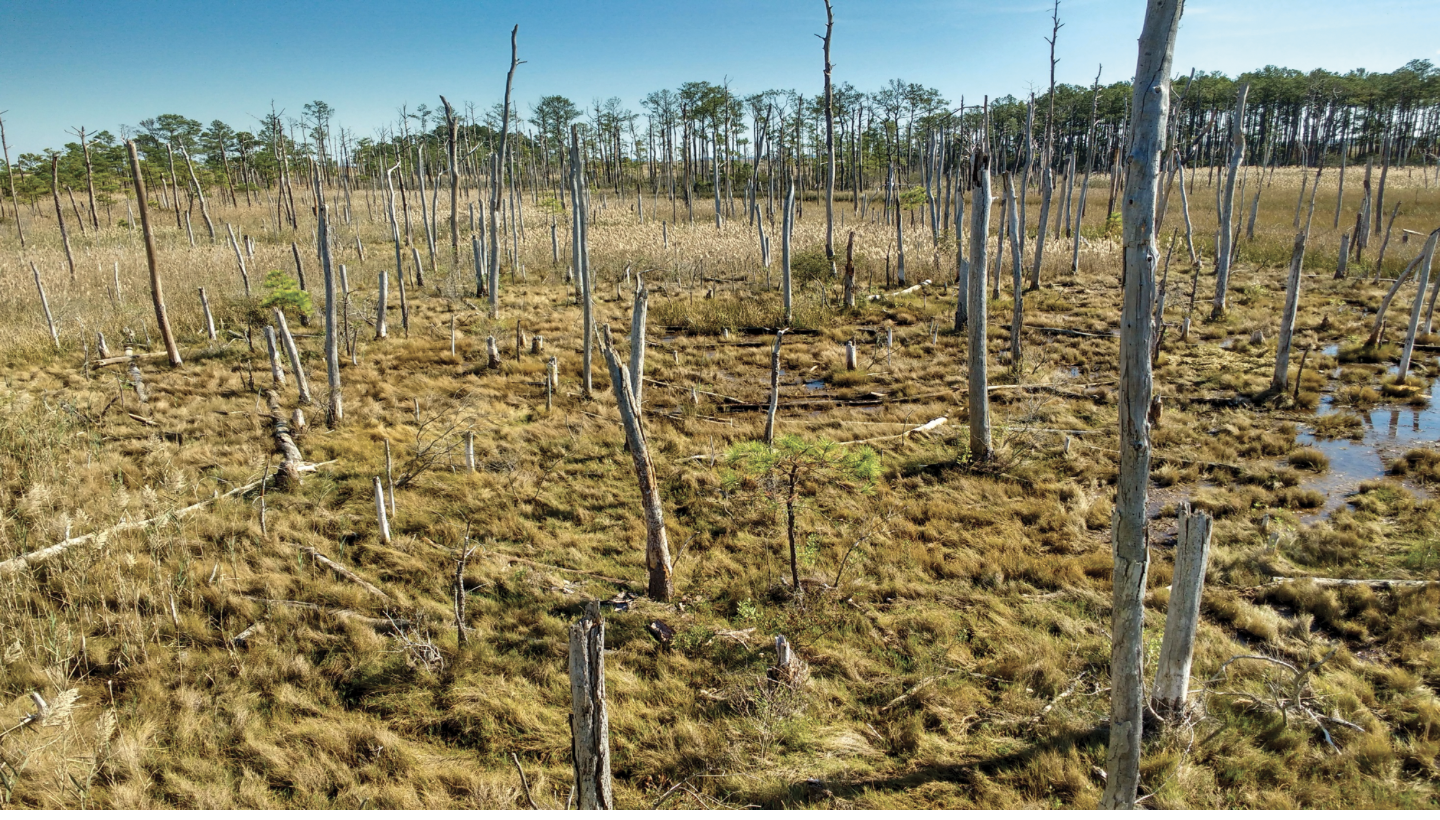 As the salty Atlantic Ocean pushes farther inland, forests are turning to marsh. Some scientists want to speed the transition.

They look like the skeletons of giants reaching for the sky. Tall and ashen, stripped of their leaves and most of their branches, the trees stand in uneven rows that extend as far as the eye can see, grave markers of a forest that once thrived near this North Carolina coastline.

“These ghost forests are the leading edge of climate change,” Emily Bernhardt, an ecosystem ecologist and biogeochemist at Duke University, tells The Scientist. They succumbed in slow motion to salty water making its way inland as sea levels rose, and serve as a reminder that global warming isn’t something just affecting polar bears in remote locations, or something that will happen in the distant future, she says. “It is already happening, and happening really fast on the coastal plain of North Carolina.”

In the decade that Bernhardt has worked on the Albemarle-Pamlico Peninsula, a few dozen miles west of the Outer Banks barrier islands, she’s watched “acres and acres” of the state’s wetland forest die. Cedars, maples, pines, and elms are drying up, becoming too stressed by salt to produce the chlorophyll they need to survive. While the loss is devastating, Bernhardt says, she and her colleagues are acutely aware of the opportunity they now have to study what’s going on. They want to identify exactly how salt kills, understand what happens to the ecosystem as the trees die, and determine whether there’s any way to intervene and preserve the habitat.

Inland forests aren’t the only eco-systems threatened by the rising seas. All along the Atlantic coast, from Canada to northern Mexico, saltwater is inundating freshwater marshes, cypress swamps, and even farm fields. “Ghost forests are perhaps the most iconic and easy-to-photograph example of a much larger problem,” Bernhardt says. “Basically, if you’re on the coast and on flat land, saltwater intrusion is going to be an issue.”