Mid-Atlantic
Marta Avonce steps over floodwater carrying a bag full of clothing she salvaged from her water-damaged home near the Nuese River in September 2018 in Kinston, North Carolina, after Hurricane Florence. Chip Somodevilla/Getty Images 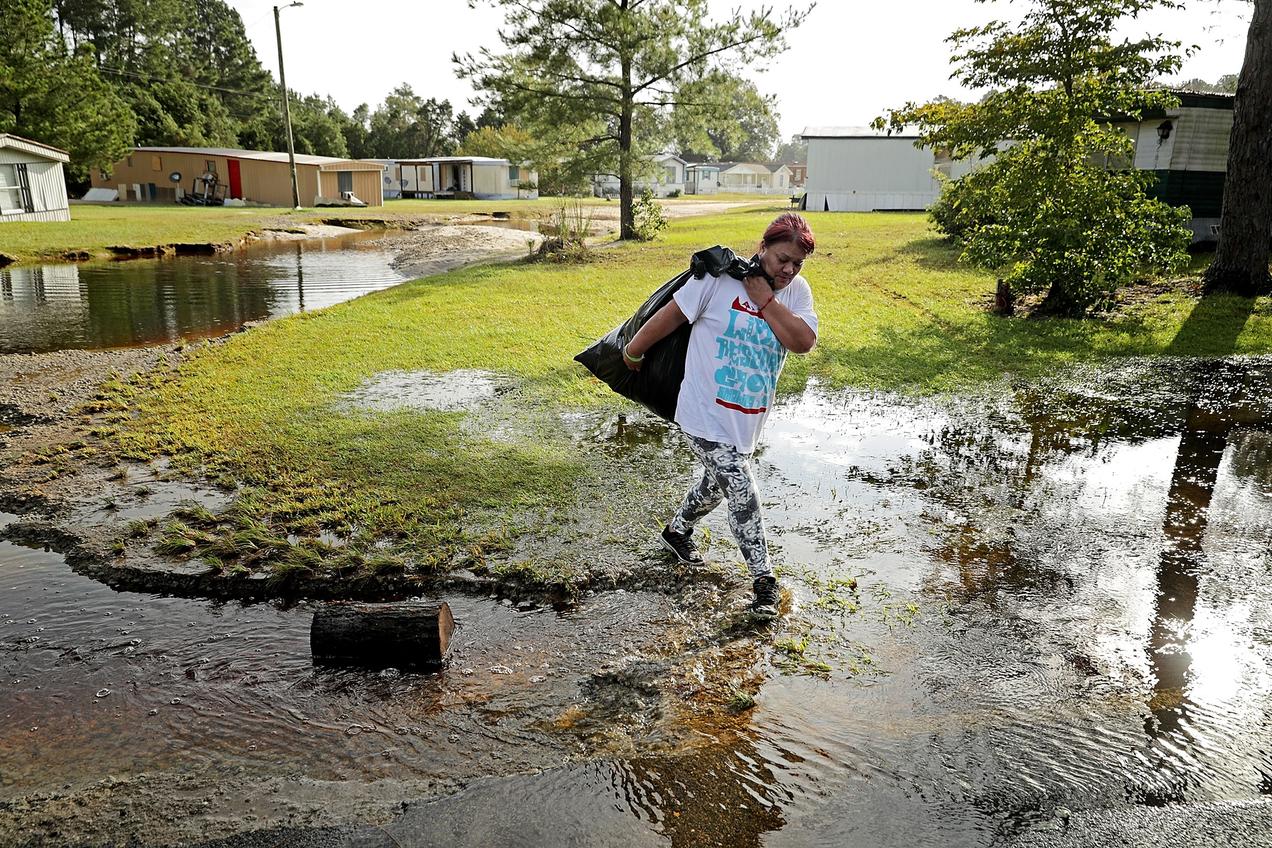 The communities along the North Carolina coast are among the prettiest places in the state, but their seaside serenity comes with great risk. As climate change brings higher seas and churns up fiercer and more frequent storms, its impacts on the coastal real estate market and on housing practices are leaving some residents on shaky footing.

Of the five coastal communities most frequently hit by hurricanes between 1960 and 2008, three were North Carolina counties: Carteret, Dare, and Hyde. Over the last decade, Hurricanes Matthew, Irene, Florence, and Dorian have all struck one or more of them. And in a 2019 report, the National Oceanic and Atmospheric Administration said that North Carolina cities such as Wilmington and towns like Beaufort and Duck could expect two- to threefold increases in tidal flooding within the next 10 years.

“As sea levels rise in response to climate change, the high-tide line moves farther inland and increases the risk of direct inundation of coastal properties and the risk of flooding from storm events,” explains Rob Moore, a senior policy analyst at NRDC. This is especially concerning for Outer Banks towns like Duck, which sits on an already very narrow strip of land between Currituck Sound and the Atlantic Ocean.

Despite the foreboding forecasts, housing growth rates in coastal states are rising faster in 10-year flood risk zones than in areas farther inland. The number of people buying beach homes in the Tar Heel State increased 114 percent between 1960 and 2010. And over the last decade, North Carolina has allowed more than 9,000 houses to be built within high-risk zones. (New Jersey and Florida have done the same.)

The potential for property damage, however, is just the start of how climate change is upending coastal housing markets and affecting residents along the coast.

In research published this past June in the journal Climatic Change, Jesse M. Keenan, an associate professor of real estate at the Tulane University School of Architecture in New Orleans, coined the term underwaterwriting. It refers to the ways environmental exposure and climate change impacts influence people’s participation in mortgage markets.

To purchase a home, a typical buyer puts down 10 percent to 20 percent of the house’s cost and then asks a bank for a loan for the rest under a mortgage agreement. According to Keenan, a growing number of banks these days require buyers in coastal communities to make larger down payments—as high as 40 percent. The banks will often then sell those high-risk loans to government-sponsored organizations like Fannie Mae and Freddie Mac.

”The growth of first mortgages that have a down payment higher than 20 percent is the fastest-growing segment of the mortgage market in sea level rise zones,” Keenan says. And when the government begins backing these loans via Freddie Mac and Fannie Mae, “U.S. taxpayers end up subsidizing the risk, which is a moral hazard because people continue borrowing money and investing in high-risk areas.”

In low-income neighborhoods, older homes and trailers are the most susceptible to flooding, because they tend to predate the adoption of more protective building codes or have not been elevated on pilings. And that high risk can also mean steeper mortgage requirements, such as paying a bigger down payment or purchasing flood insurance. This trend can result in depressed property values and eventually displace all but the most affluent homeowners.

Say a house is listed for $100,000 and the bank requires a 40 percent ($40,000) down payment, but the buyer has only $30,000. The seller may have to lower the home’s price to complete the transaction. This scenario, says Moore, might not only reduce the seller’s ability to purchase their next home but also lower the real estate values of other homes nearby.