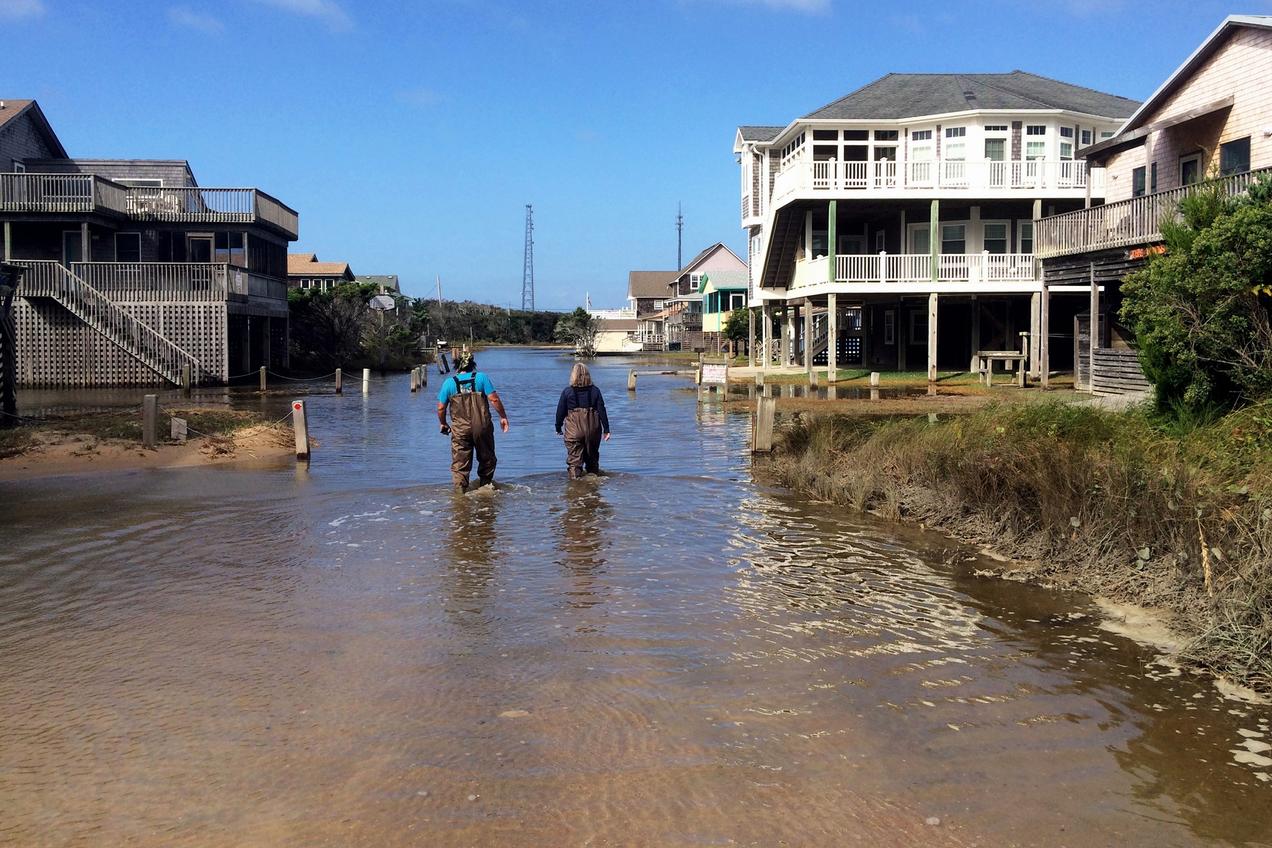 The communities along the North Carolina coast are among the prettiest places in the state, but their seaside serenity comes with great risk. As climate change brings higher seas and churns up fiercer and more frequent storms, its impacts on the coastal real estate market and on housing practices are leaving some residents on shaky footing.

Of the five coastal communities most frequently hit by hurricanes between 1960 and 2008, three were North Carolina counties: Carteret, Dare, and Hyde. Over the last decade, Hurricanes Matthew, Irene, Florence, and Dorian have all struck one or more of them. And in a 2019 report, the National Oceanic and Atmospheric Administration said that North Carolina cities such as Wilmington and towns like Beaufort and Duck could expect two- to threefold increases in tidal flooding within the next 10 years.

“As sea levels rise in response to climate change, the high-tide line moves farther inland and increases the risk of direct inundation of coastal properties and the risk of flooding from storm events,” explains Rob Moore, a senior policy analyst at NRDC. This is especially concerning for Outer Banks towns like Duck, which sits on an already very narrow strip of land between Currituck Sound and the Atlantic Ocean.

Despite the foreboding forecasts, housing growth rates in coastal states are rising faster in 10-year flood risk zones than in areas farther inland. The number of people buying beach homes in the Tar Heel State increased 114 percent between 1960 and 2010. And over the last decade, North Carolina has allowed more than 9,000 houses to be built within high-risk zones. (New Jersey and Florida have done the same.)

The potential for property damage, however, is just the start of how climate change is upending coastal housing markets and affecting residents along the coast.