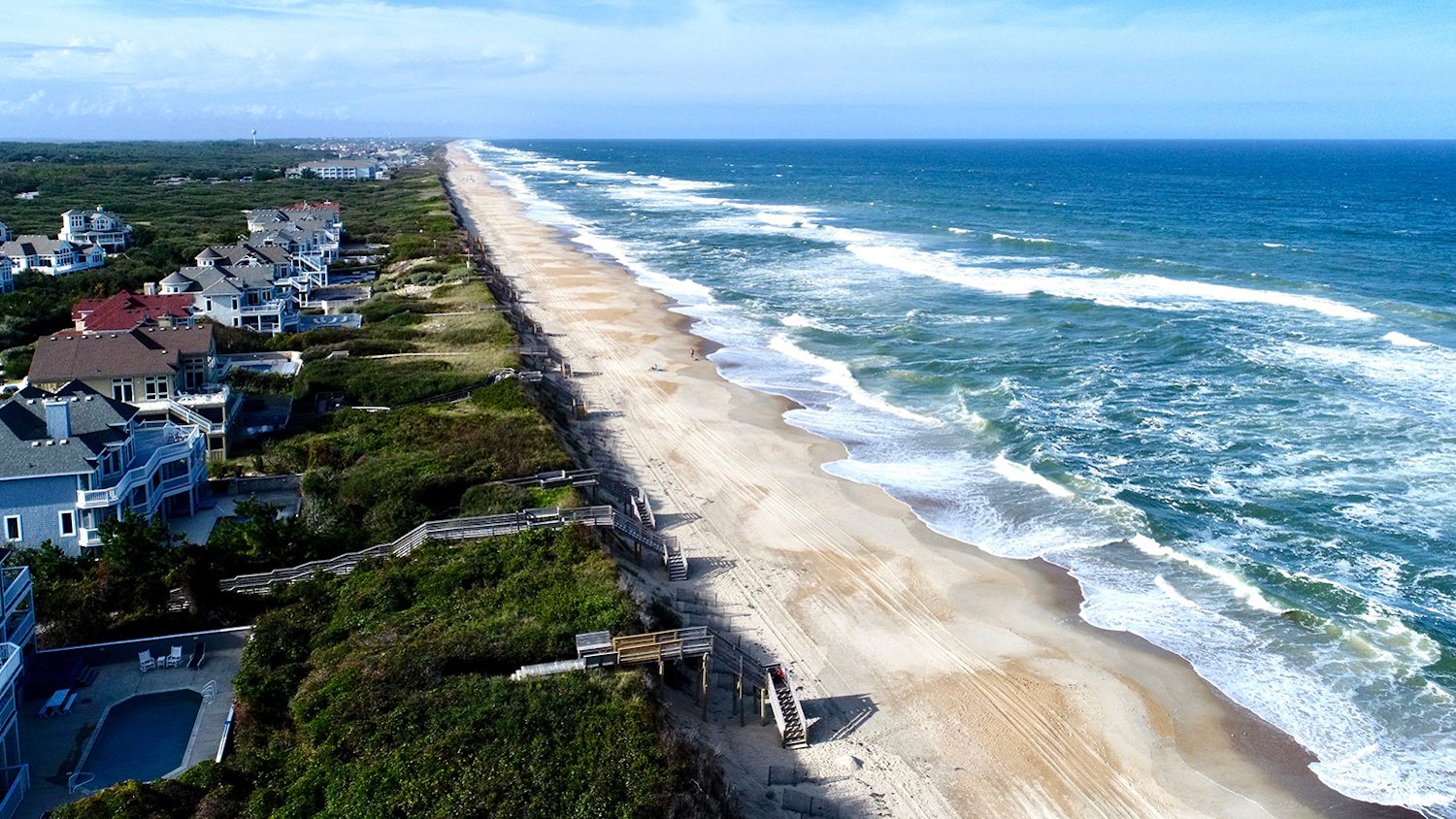 As a pandemic-fueled tourism boom threatens the region's economic, social and environmental resources, one NC State researcher is working with communities to identify and implement sustainable solutions.

Danny was clearly injured. The horse, though wild, was only a year old and rarely strayed from his mother’s side as they roamed the beaches of North Carolina’s Outer Banks. But on a quiet June morning last year, Meg Puckett received a series of text messages with photos and videos showing the young horse alone and thrashing around in the shadow of a rental home just off Swan Beach near the town of Corolla.

“It was obvious that something was very wrong with Danny,” Puckett said. “I just knew that I needed to get to him.”

Puckett, who is herd manager for the Corolla Wild Horse Fund, arrived at Swan Beach an hour later to find Danny with swollen eyes, bloodied abrasions across his head, and a baseball-sized lump protruding from within his neck — the result of an apple lodged in the horse’s esophagus.

With guidance from a veterinarian, Puckett administered a sedative to relax Danny’s esophagus and then transported him to the Corolla Wild Horse Fund’s rescue farm for further medical treatment. Unfortunately, despite the effort to save him, Danny died later that day due to a traumatic head injury and internal bleeding.

According to Puckett, it’s likely that tourists fed the apple to Danny, or that he found it in a garbage can near the rental home where his injuries were initially discovered by a pool maintenance worker.

Currituck County, which encompasses Corolla and other nearby communities, has laws prohibiting people from coming within 50 feet of the horses. There’s also signs posted along the beaches warning people to not feed or pet the horses. However, many visitors continue to disregard these measures, according to Puckett.

In late June, nearly a year after Danny’s death, Puckett received a report of a horse thrashing around at Penny’s Hill near Corolla. The horse, named Junior, was choking on food. Fortunately, the horse made a full recovery and now resides at the fund’s rescue farm.