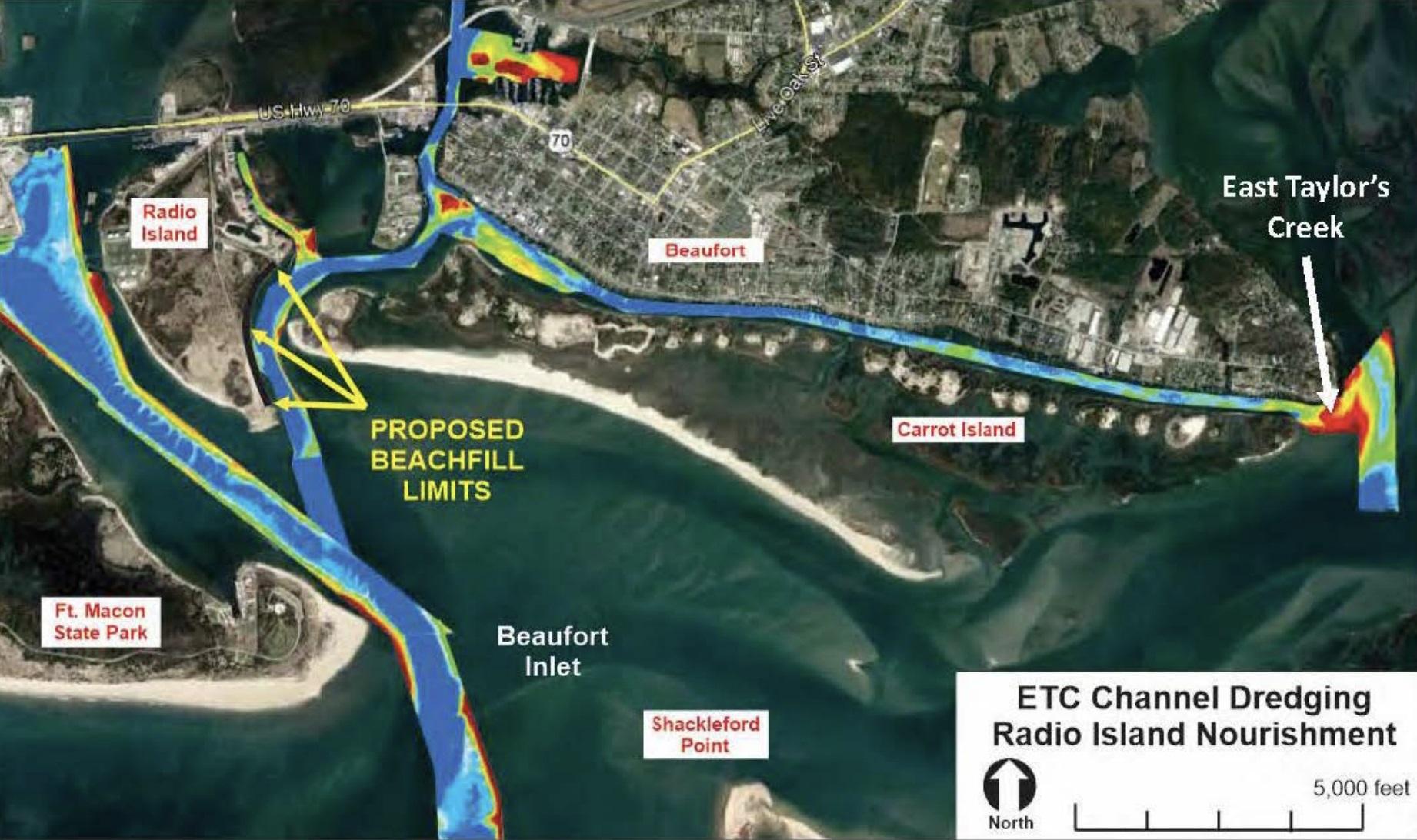 The restoration project involves dredging 35,360 cubic yards of material from East Taylors Creek and placing it along approximately 2,775 linear feet of Radio Island.  The shoreline has experienced significant erosion due to frequent storms.

“Over time, and with Hurricane Dorian, that wave action that occurred here and the high tides that we saw really just washed that beach away,” said Gene Foxworth, Assistant County manager for Carteret County.

According to a news release, the project supports Joint Expeditionary Base, Little Creek-Fort Story, which is the major operating base for the Amphibious Forces in the Navy's Atlantic Fleet.  Radio Island is used as an amphibious embarkation and debarkation area for U.S. Marine Corp units at Camp Lejeune. Foxworth said Marine Road, which runs adjacent to the shoreline, has severely deteriorated.