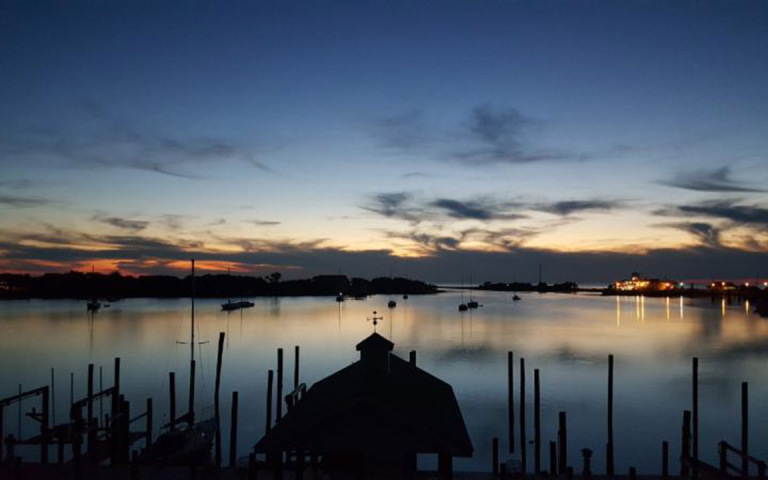 In July, the North Carolina Ferry System announced that they were temporarily reducing service on the Pamlico Sound between Cedar Island, Swan Quarter and Ocracoke due to critical shoaling issues in the ferry channel just outside of Ocracoke’s Silver Lake Harbor.

The latest survey at that time by the Army Corps of Engineers showed water depths in Big Foot Slough as low as eight feet. That meant the ferry system’s two largest sound-class vessels, the M/V Swan Quarter and the M/V Sea Level, cannot traverse the area safely. Ferry service was reduced to one boat a day leaving each port of departure during some of the busiest summer travel times on the coast.

The North Carolina Ferry System, along with Hyde County, contacted Carteret County for assistance in dredging the ferry channel for the Cedar Island – Ocracoke Ferry. Carteret County and Hyde County find that this dredging is necessary not only to preserve the flow of traffic along Highway 12, but to preserve jobs during this time of economic depression. In addition, viable evacuation routes are critical to public safety in areas that are commonly threatened by hurricanes.

Hyde County and the North Carolina Ferry System do not have the funding in their current budgets to facilitate the funding match requirements for the US Army Corps of Engineers or others to dredge this channel. Because of the urgency of this request and funding limitations, the only expedited path forward is for Carteret County to provide this match on behalf of Hyde County. It is Carteret County’s intention to lobby the legislature to reimburse Carteret County this expense in their next session.

Hyde County will utilize these funds to apply for and obtain the North Carolina Shallow Draft Navigation Funding necessary to complete the dredging, and will serve as the local government sponsor to facilitate the project. Hyde County will also support Carteret County’s efforts in seeking reimbursement of the local match from the state.