Mid-Atlantic
A number of beach houses at Cape Hatteras National Seashore have been damaged for pulled down by the Atlantic Ocean this year, and the National Park Service is that warning rough seas created by Hurricane Fiona could claim more/NPS file 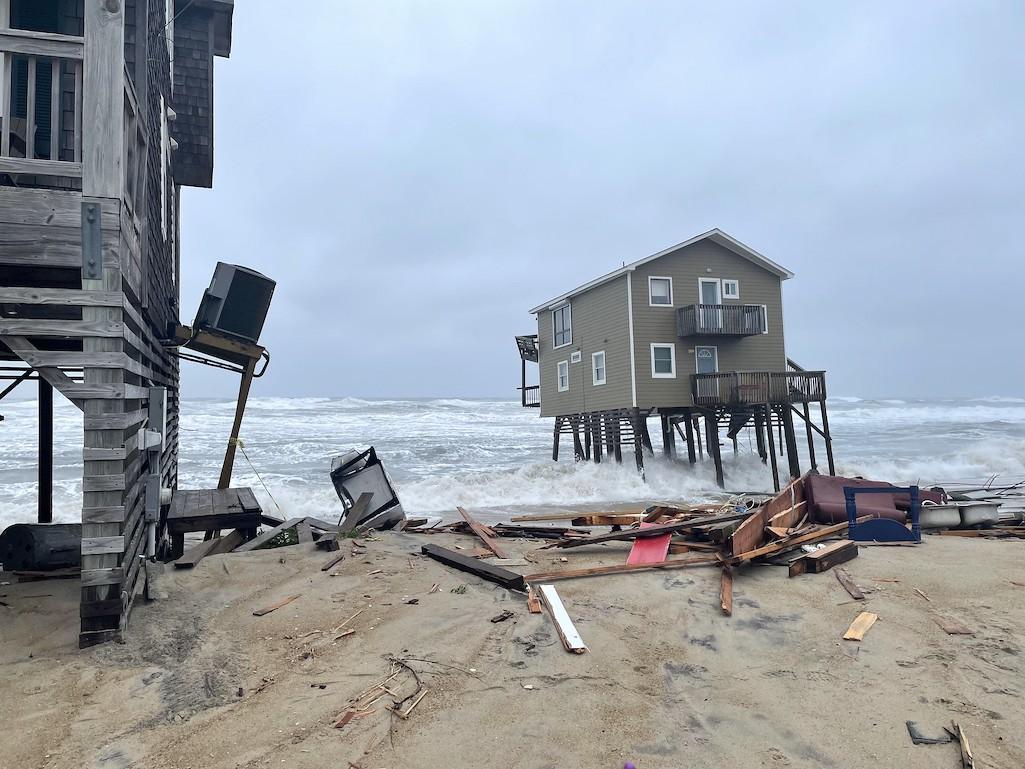 Turbulent weather spawned by Hurricane Fiona has led the National Park Service at Cape Hatteras National Seashore in North Carolina to warn visitors about the potential for housing debris, and possibly collapsing houses, along the coast near Rodanthe this week.

In a release the seashore said that "due to the potential for ocean over wash and beach erosion associated with distant Hurricane Fiona, Cape Hatteras National Seashore recommends that visitors avoid the beach adjacent to Rodanthe, N.C., from Thursday, September 22, through Friday, September, 23.

The recommendation to avoid a two-mile stretch of beach, between the north end of Rodanthe and South Shore Drive, is based on recent National Weather Service forecasts and the presence of several vulnerable houses that may be damaged by rough surf and high winds, the release said. Additionally, it is possible that structures associated with some homes, including wires, pipes and septic systems, may become partially or completely exposed and hazardous to the public as the ocean washes over the beach.

At least three houses along the national seashore have been claimed by the Atlantic Ocean this year.

Hurricane Fiona is also forecast to produce an extended period of dangerous rip currents beginning tomorrow and continuing into the weekend. Seashore visitors are encouraged to sign up for beach-related weather and ocean condition alerts by texting OBXBeachConditions to 77295. Learn how to stay safe at the beach at www.lovethebeachrespecttheocean.com.