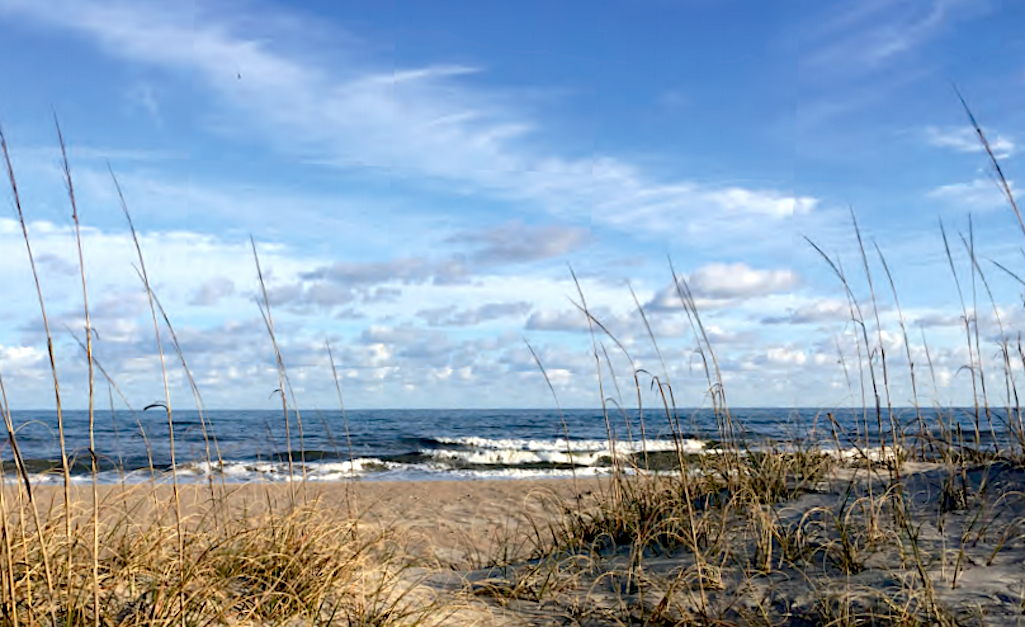 Turbulent seas long have created problems for Cape Hatteras, a long barrier island off the North Carolina coast that is home to the country's first national seashore. Pounding waves and storm surge related to hurricanes and nor'easters shift beaches around, and even erase them.

Turbulent seas long have created problems for Cape Hatteras, a long barrier island off the North Carolina coast that is home to the country's first national seashore. Pounding waves and storm surge related to hurricanes and nor'easters shift beaches around, and even erase them.

Decades of those natural processes have meant dune erosion and almost annual repairs to the highway that runs down the scenic island that lures beachgoers, surf casters, and summer vacationers.

Against those impacts, a plan by Cape Hatteras National Seashore has been approved to allow state and local governments to haul in sand from the seabed, when needed, to buttress the island against storms. It's a 20-year plan that could somewhat disrupt wildlife and marine life, but which includes about 13 miles of beach to serve as a control of sorts against which to measure the impacts of dredging or pumping up sand and dumping it onshore.

"It's a great plan, and the reason that it is, is this is an opportunity, without a permit on my desk, to kind of sit back and say, we know these projects have some beneficial impacts. We also know they have some negative impacts," said Cape Hatteras Superintendent Dave Hallac. "If we were able to design a series of conditions, mitigations, to ensure that these projects in the future really minimize all the negative things and really maximize the beneficial impacts, what would the framework look like? And that's what we did."

But it also might be viewed as folly to some, as barrier islands by their very nature move about, and the growing potency of the Atlantic hurricane season could erase any beach nourishment work in a matter of days.

"The story here really is the pressure is being put on that particular park by development that surrounds it," said Rob Young, director of Western Carolina University’s Program for the Study of Developed Shorelines. "Left to its own devices, that superintendent would not really be very interested in putting beach nourishment sand on any of those beaches to try to hold the shoreline in place. The Park Service in principal has a policy to allow natural processes to find their own way.

"But the problem is you have all of these communities around the park, the park does not control the road, Highway 12, and so there's a lot of pressure to hold the shoreline in place where there is civilian infrastructure, resort homes and where the road is," he continued. "And so, I think Dave Hallac was worried that he and his staff would be spending the next 10-15 years just going through the NEPA (National Environmental Policy Act) process of approving or disapproving requested beach nourishment projects from communities like Avon and Buxton and from the state of North Carolina for Highway 12."