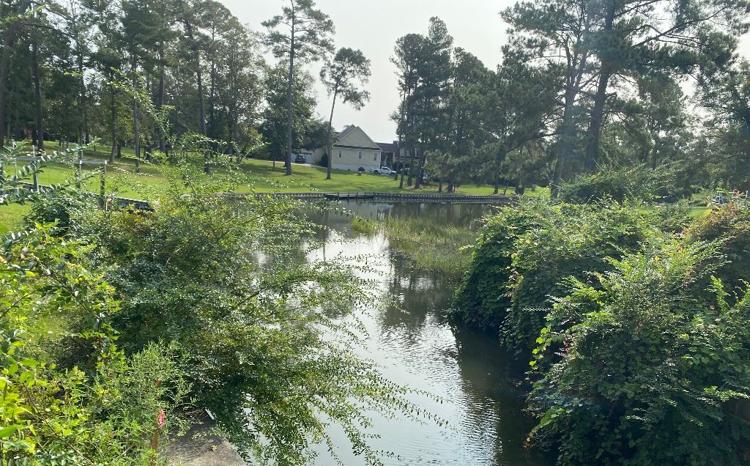 The action came during the panel’s monthly meeting conducted via GoToMeeting.

Commissioner Mike King was the lone opposition to the amendment, which funds a $17,500 contribution to the project. Greg Rudolph, manager of the Carteret County Shore Protection Office, has estimated the project will cost $210,000. The state will pay two-thirds of the cost, or $140,000. The county will pay $35,000, and property owners along the arm of the creek that runs east of Yaupon Drive will pay the remaining $17,500. All property owners have committed to paying an average of about $550 apiece.

Mr. King said he could not support the town subsidizing a dredging project for “people who are able to afford it” on their own. People who live along other waterways in town have paid full cost on their own for dredging by private companies, he added, and he has participated in those efforts three times.

Commissioner Steve Martin, who made the successful motion to move ahead with town participation, disagreed.

“This is a chance to show we are willing to help our neighbors,” he said. “I’m happy to be a part of it.”

Although Mr. King has said he believes funding the work sets a precedent, Commissioner Don Miller disagreed, saying just because the town participates once doesn’t obligate it to do so again.

Town Manager Zach Steffey told the board the property owners will gather their share of the funds and write a check to the county or the town. Some of them, he said, have indicated they are willing to pay “more than their fair share,” while others have committed to contributing “specific amounts.”