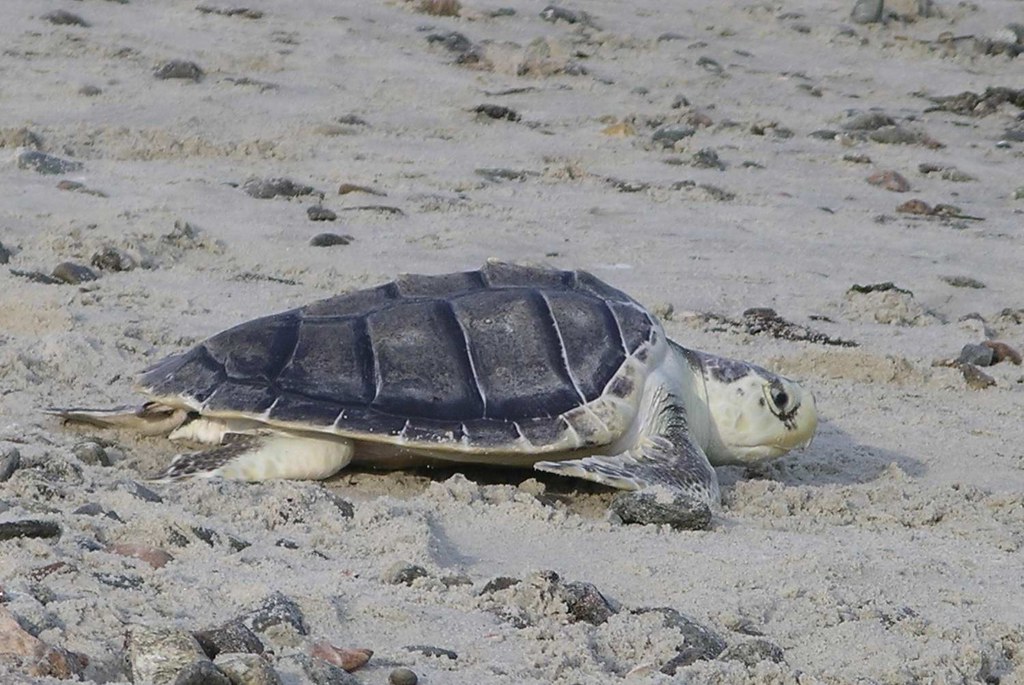 It’s been a busy summer with patients of various sizes and species cycling through The Sea Turtle Hospital.

Many of them have been incidental catches from coastal waters and depending on where, or how many hooks were involved, they’ve been short-timers ready to go home after a few days of tender love, care and breakfast.

"When a small Kemp’s arrived from Oak Island with a hook in her mouth we thought, dang, another one," said Karen Sota in an email to The Daily News. "Our director Kathy easily removed the hook, but “Limeapalooza” looked to be in a bit worse shape than the other turtles who had come and gone."

The turtle was on the thin side and dehydrated. She was given fluids and then housed in a tank with lower salinity containing more fresh water than the hospital normally uses for their turtles.

The water with less salt would be absorbed through the turtle's skin and help restore her blood chemistry values to more typical levels. Even after she “plumped up” following hydration therapy she was still too skinny for the hospital to feel comfortable about sending her home too quickly, according to Sota.

Limeapalooza’s initial breakfast was a healthy portion of fish and squid, but typical of our Kemp’s she let us know very quickly that fish was “icky” and only squid was an acceptable menu item.

"They have a way of training us so, squid it is," Sota said. "She was eating like a champ and after three days she had a surprise for us."

While enjoying her daily swim in the therapy pool, staff noticed something trailing behind her, something purple. Her swim was rudely interrupted and when she was brought out for an exam it was obvious that all that squid had been effective in moving a balloon, with ribbon, through her tiny digestive tract.