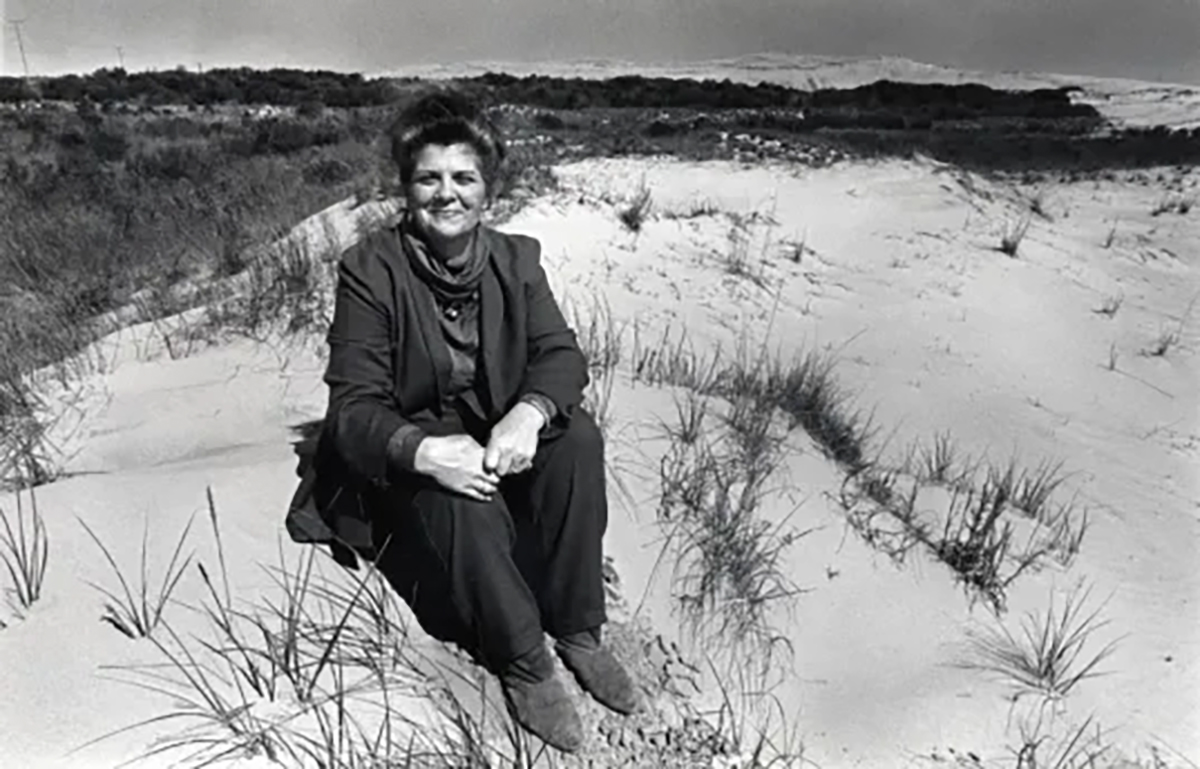 Hannah Bunn West has shone a spotlight on some little-known, impactful women in the history of the Outer Banks.

Her new book, “Remarkable Women of the Outer Banks” (The History Press, 2022), reveals seven such women, from the arrival of the first Europeans to the recent past.

The first chapter begins with the Lost Colony and features Eleanor Dare, wife of Ananias Dare and the daughter of John White, the colony’s governor.

In her third trimester of pregnancy, Eleanor arrived on Roanoke in July of 1587. On Aug. 18, she gave birth to Virginia Dare, the first English child born in North America. Little is known as to what became of them.

Back then, mother/infant mortality even in England was high and that Eleanor gave birth in such a primitive setting with no medical help caught the author’s attention.

West, who grew up in Kill Devil Hills, provides meticulous detail about the time and the theories of what happened to the settlers. There are 29 footnotes to the first chapter alone.

“We have observations from some of the men at that time from surviving journals of John White and Thomas Hariot and other sources, but we have very little record of the women’s experiences,” said West in an interview. “I chose Eleanor Dare mostly because a big aim of this book was to widen the lens and look at some different perspectives on the commonly known history that we have on the Outer Banks.”

The other women featured with their own chapters are Chrissy Bowser, Irene Tate, Nellie Myrtle Pridgen, Carolista Baum, Cheryl Shelton-Roberts and Virginia Tillett.

Prior to the book’s conception, two of these women, Chrissy Bowser and Irene Tate were unfamiliar to the author.

Chrissy Bowser was selected as a post-Civil War African American landowner. West first learned of her while visiting Island Farm, a living history site on Roanoke Island that depicts life in the mid-1800s.

While making cornbread, a docent talked enthusiastically about Bowser, the Etheridge family’s cook, who went on to own property. “She started telling this incredible story of this woman,” West said. “I have spent my childhood out here and I have always had an interest in history, but I had never heard of (Bowser). So, that was kind of one of the ways in which one of these women was chosen for my book.”