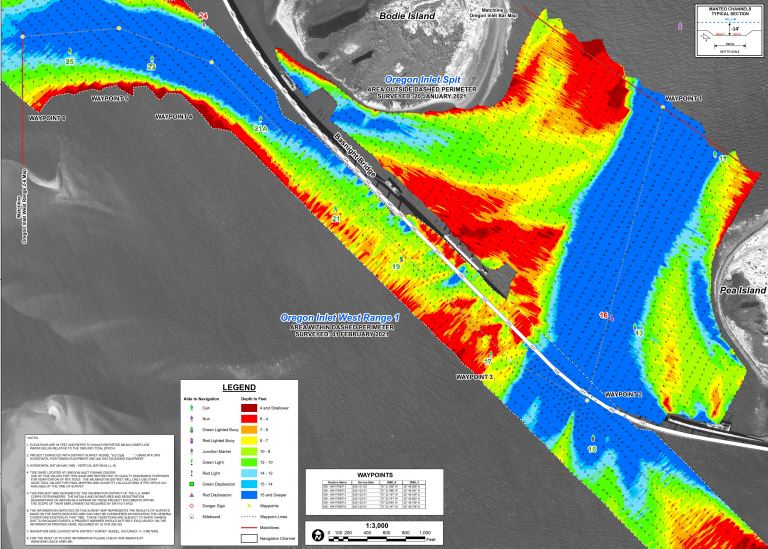 Legislation filed last week in the North Carolina General Assembly could help clear the way for federal assistance with the extension of jetties at Oregon Inlet and possibly secure funding for a proposed terminal groin at North Topsail Beach, according to state and federal representatives.

In an interview with Coastal Review Friday, Rep. Bobby Hanig, R-Currituck, said companion bills filed in the state House and Senate are a way to secure more federal help for the long-sought, controversial projects.

“I see this as a first step,” Hanig said, adding that he is still researching and getting feedback on the best route to restart a legislative effort on the inlet and may modify the bill.

The state and Dare County are already in partnership on a new dedicated dredge for the inlet, but it’s likely to take another two years before the vessel, which is being built in Louisiana, begins service.

Even then, Hanig said, dredging is not going to be the complete answer.

Hanig’s bill, and the measure filed in the Senate by Sens. Bob Steinburg, R-Chowan, and Michael Lazarra, R-Onslow, would exclude terminal groins from the definition of erosion-control structures under the state Coastal Area Management Act.

Hanig, the House Republican deputy whip, said the bill is the result of a request from staff for U.S. Sen. Thom Tillis, R-N.C., who is working on a long-term solution for chronic shoaling that makes crossing the ocean bar at the inlet increasingly treacherous.