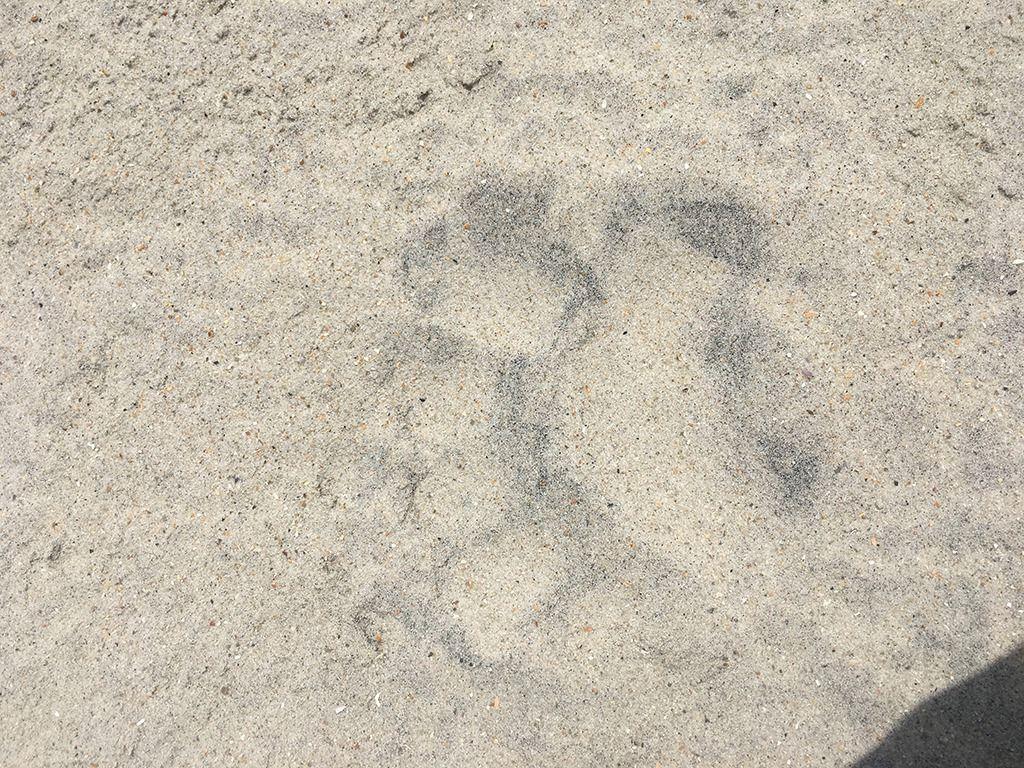 A bear has found its way to North Carolina’s barrier islands, and the National Park Service is warning anglers and surfers to take precautions.

Cape Lookout National Seashore says it found the evidence a few days ago: large footprints in the sand.

“It’s not often we see evidence of black bear on the islands,” the park wrote on Facebook.

“This past week one of our park biologists, who was monitoring nesting birds near Ophelia Inlet, found a bear track in the sand. Bears generally don’t stay long.”

Black bears grow to 6 feet in length and the record size in North Carolina was 880 pounds,.

The park warned campers and anglers to show caution with anything that might attract bears, including trash, food scraps and discarded fish parts.

Black bears grow to 6 feet in length and the record size in North Carolina was 880 pounds, according to the N.C. Wildlife Resources Commission.

The park issued the alert with a warning for campers and anglers to show caution with anything that might attract bears, including trash, food scraps and discarded fish parts.

Swimming across the Core Sound is likely how the bear got there, a trip that is a mile as its shortest. Bears have even been seen swimming across swift moving inlets, from one island to the next, the park said.

“Bears are great swimmers. They swim (and sometimes wade in the shallower sections of the sound) across the sound to reach the islands,” the park wrote on Facebook.

“The track was found on South Core Banks (same island as the Great Island Cabins) but it could be on North Core Banks now or it could have returned to the mainland. When we’ve had bears in the past, inlets have not been a problem for them.”

One of the largest black bear concentrations in the southeastern United States is found on the mainland across from the Outer Banks, at the Alligator River National Wildlife Refuge, the U.S. Department of Interior says.

Still, it’s rare for them to make the trip across the sounds and none stay, due to the lack easily found fresh water, experts say.