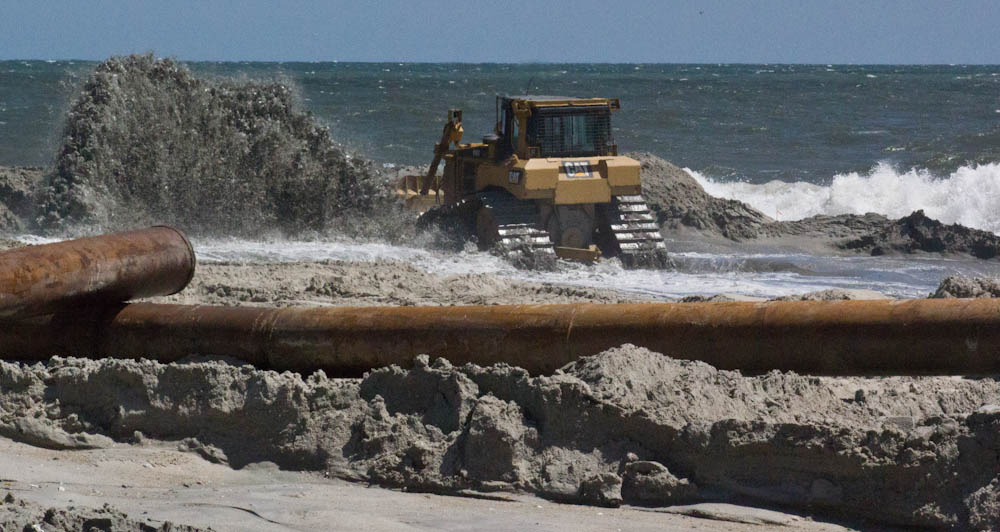 SOUTHEASTERN NC — Three beach towns are searching for answers after funding for beach nourishment projects disappeared a month ago.

Every few years, Wrightsville, Carolina and Kure beaches undergo immense sand-moving projects that fortify the land against erosion. The projects, organized by the U.S. Army Corps of Engineers, protect biodiversity and vitalize the sand dunes, creating a barrier for storms.

After jockeying in Washington last year, Rep. David Rouzer (R-NC) and other politicians succeeded in procuring allocations for these beach nourishment projects. Both Wrightsville Beach and the towns on Pleasure Island initially obtained federal funding for the work decades ago. In both cases, potential expiration dates were creeping up.

Upon the signing of the late-2020 federal spending bills, appropriations of more than $50 million for future nourishment projects were codified. All three beach towns expected sand-moving to begin in early 2022. Sen. Thom Tillis touted the political victory in a press release, noting that Pleasure Island authorizations had been extended for 15 years.

Then the Corps released its Work Plan — an internal guidebook for the upcoming slate of projects. Only a few beach towns nationwide were mentioned; those in New Hanover County were not among them.

“We’d love to know where the ball was dropped, but today I don’t really think we know,” said Layton Bedsole, New Hanover County shoreline protection coordinator. “I am of the opinion it was in the higher echelon of the federal government, and that’s just my opinion.”