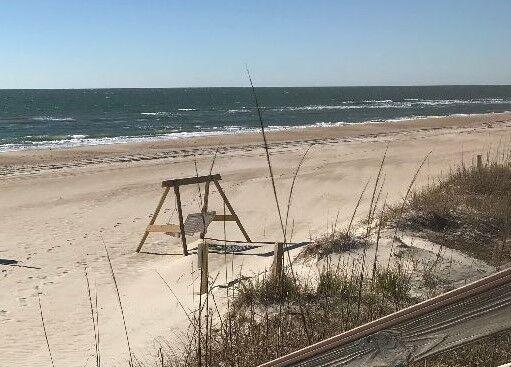 The Carteret County Beach Commission voted unanimously Monday to recommend the county “stay the course” and not opt into a federal nourishment program for Bogue Banks.

The decision was reached at the panel’s meeting in the Emerald Isle commissioners’ meeting room and online via Zoom.

If the county approves the panel’s recommendation, it means Carteret will remain with the current beach nourishment plan, which uses a mix of county occupancy tax money, state money and periodic Federal Emergency Management Agency money to pay for nourishment projects, rather than enter into a federal cost-sharing agreement that depends on annual budget allocations to the U.S. Army Corps of Engineers, which would design and supervise nourishment projects. The federal plan would eliminate use of FEMA money for county beach projects.

Atlantic Beach Mayor Trace Cooper, chairperson of the beach commission, said during the panel’s meeting Monday he wasn’t sure federal funding under the ACE program would be reliable, given the unpredictable nature of the federal budget for the agency.

Although federal emergency funding of beach nourishment projects along Bogue Banks is questionable now, Mr. Cooper said, FEMA has come through in recent years, providing money to pay to replace sand lost to hurricanes. He credited the state’s federal delegation, as well as state legislative leaders, for making sure that has consistently happened.