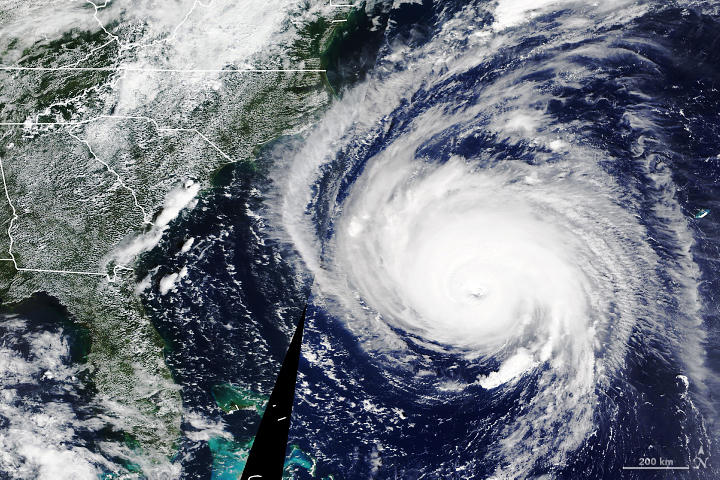 NC - Battered By Matthew And Florence, NC Must Brace For More Intense Storms

Across the low-lying coastal plains of North Carolina, it's not uncommon to see abandoned homes ruined by the floodwaters of Hurricane Florence two years ago in September.

Their doors and windows are missing, with piles of trash and carpeting in the yards, serving as a reminder of what can happen when a major hurricane stalls out over land, dumping more than 30 inches of rain.

With scientists predicting an above-average Atlantic hurricane season this year, a new North Carolina Climate Science Report warns that the state needs to brace for a future of wetter and more intense hurricanes, plus other climate disruptions.

The report, produced by independent climate scientists based in North Carolina, was called for as part of a climate change strategy developed by the state's Democratic governor, Roy Cooper, which marks a sharp departure from previous North Carolina governors.

The strategy has put the state on a path to achieving a 70% reduction in electric utilities' greenhouse gas emissions by 2030, and carbon neutrality in the power sector by 2050, encouraging more electric vehicles and bracing for whatever global warming delivers in the coming decades.

For Kemp Burdette, the abandoned homes that dot rural roads in Pender, Bladen and Columbus counties within the expansive Cape Fear watershed, illustrate the lingering and oppressive human toll of hurricanes.

In fact, many North Carolinians had not recovered from the devastation of Hurricane Matthew, which killed more than two dozen people in the state in 2016, when Florence hit, killing more than 40 people. That double whammy influenced Cooper's climate policy and was noted in the new North Carolina climate report.

InsideClimate News is an independent, not-for-profit, non-partisan news organization that covers clean energy, carbon energy, nuclear energy and environmental science—plus the territory in between where law, policy and public opinion are shaped.