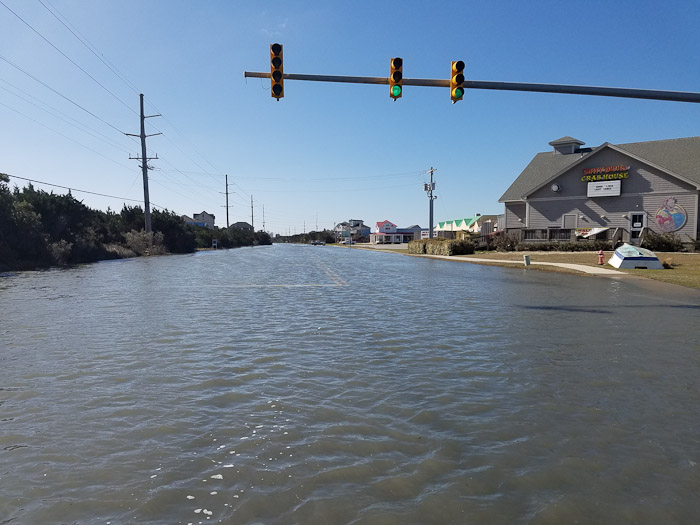 Dare County is proposing a beach nourishment project in Avon to place more than 1 million cubic yards of sand along 2.2 miles of oceanfront, with the cost split between the county’s Beach Nourishment Fund and property owners.

County officials are hosting a virtual presentation and meeting at 6 p.m. Feb. 24 to hear from the public about the project before a final decision is made. The meeting will be livestreamed on the county’s YouTube channel. Register online to participate. If unable to watch live, a video of the meeting will be available.

Erosion along the beaches in Avon has recently accelerated dramatically, washing away most of the sand dunes and causing overwash of N.C. 12, not only during named storms but also during nor’easters and other coastal storms. The overwash has impeded, and sometimes prevented, first responders from answering emergency calls, sanitation workers from collecting trash and residents from performing daily tasks, according to officials.

In addition to safety issues, overwash has caused flood damage to homes and businesses, and has negatively impacted the tourism-driven economy of the island, particularly when portions of N.C. 12 are forced to close due to flooding.

The county proposes putting sand from about 3,000 feet north of the Avon Pier at Due East Road to Askins Creek North Drive near the southern boundary of Avon.