Mid-Atlantic
via Town of Southern Shores 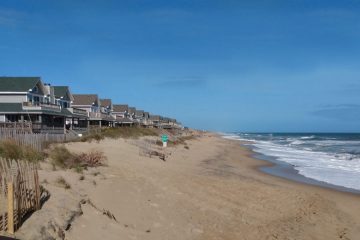 During a March 16 public hearing, the Southern Shores Town Council listened to more than an hour of public comment regarding the creation of Municipal Services Districts (MSDs) that will be levied an additional property tax to help fund the town’s beach nourishment project in 2022.

Comments from property owners during the hearing largely came from those in two of the proposed districts that are faced with a significant tax increase. The council is set to take its first vote in formally defining the MSD boundaries at its April 13 meeting. If that action passes, it will take a second vote as required by law at its May 4 meeting. The tax rate, however, will be officially set with the adoption of the budget, which typically occurs in June.

“The council has, in all the discussions, been pretty uniform and unanimous that every town property will be taxed, all property should be taxed, and everyone should pay their fair share,” said Town Manager Cliff Ogburn told council members prior to the hearing. “The question for you to determine is what is that fair share.”

The issue of fairness indeed came up at the public hearing, where a number of people raising concerns about how the beach nourishment tax burden was being distributed.

Rod McCaughey, who lives on Eleventh Avenue, said that even though his home is not on the ocean, he thought the proposed tax on beachfront property owners was too high.  “The proposed beach nourishment is not being done to protect individual properties,” McCaughey said.  “The enrichment of our beachfront will enrich all homeowners. The considerable tax increases needed to fund the project should be spread more evenly among all property owners.”

The Dare County Beach Nourishment Fund will cover $7.8 million of the project cost, with Southern Shores taxpayers footing about $6.1 million of the bill through a town-wide tax and the two MSDs. A state grant of $1.4 million will also go toward the cost.