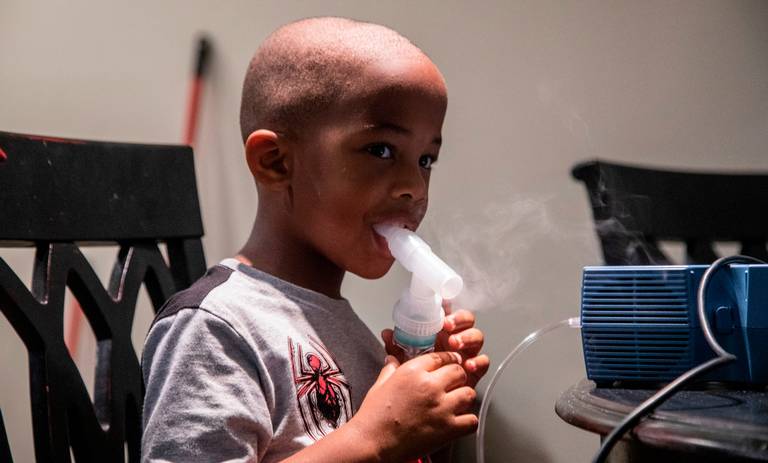 Pamlico County, wedged between its namesake sound and the mouth of the Neuse River, is surrounded by water on three sides and is a target for hurricanes that sweep up the North Carolina coast.

In 2011, Hurricane Irene made landfall near Cape Lookout and dropped more than 17 inches of rain over part of Pamlico County. Flood waters inundated Pamlico County homes, including those in Vantisha Williams’ old neighborhood.

When the floodwaters receded, mold growth followed. And that, Williams believes, triggered her daughter Nazri’s asthma. Nazri was then 3 years old.

Breathing problems and asthma medications are constants in the life of her family, which now includes twin 4-year-old sons Jonathan and Jeremiah. After storms, everyone starts coughing, she said.

“The humidity, the debris everywhere, the wetness, it could be making the asthma worse,” Williams said from her Bayboro home. Health problems also are compounded by storm-related power outages that prevent the children from getting their breathing treatments.

In Eastern North Carolina, more people make trips to hospital emergency departments for asthma treatments than in any other part of the state, say researchers at East Carolina University. The researchers have been focusing on the connection between climate change and asthma, a chronic inflammatory disease, in the eastern counties.