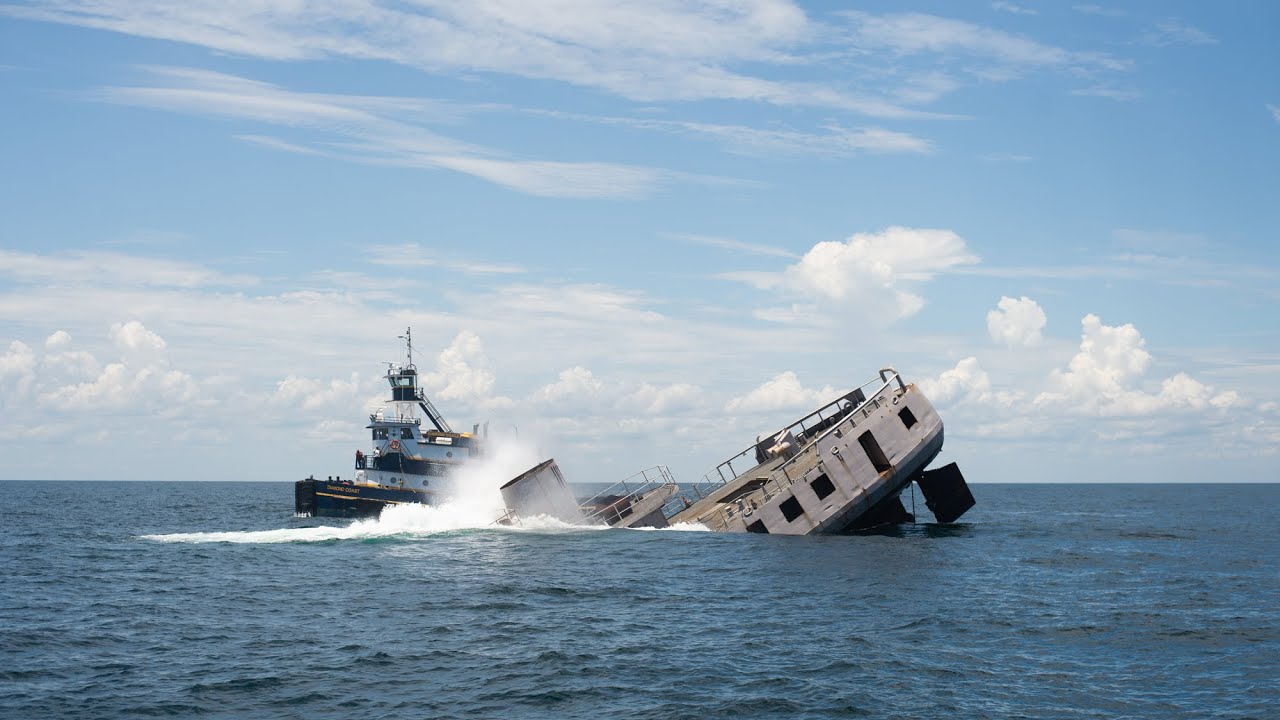 The Brian Davis is a memorial vessel named in honor of a diver who lost his life in a diving accident several years ago. The Brian Davis is located at AR-368, which is about 15 miles from Topsail Inlet and 18 miles from Masonboro Inlet. This project was funded by donations from the diving community as well as Coastal Recreational Fishing License funds.

The memorial vessel is a 180-foot Iris class buoy tender originally commissioned by the US Coast Guard and named Salvia, according to a press release from NCDMF. The vessel was constructed in 1943 and began work in the Great Lakes as an icebreaker in 1944. The vessel served in Portsmouth, Virginia during World War II and was moved to Alabama after the war where she remained until decommissioned in 1991.

The tug was cleaned of environmental pollutants in accordance with Environmental Protection Agency, U.S. Coast Guard and U.S. Army Corps of Engineers regulations prior to reefing, stated the release. Its placement leaves a navigational clearance of approximately 20 feet. The division plans to sink some large reef balls and concrete pipe at the site later this fall.