Mid-Atlantic
The black filter cloth is shown peeling away from unencapsulated polystyrene on this floating dock. Photo: Kerri Allen 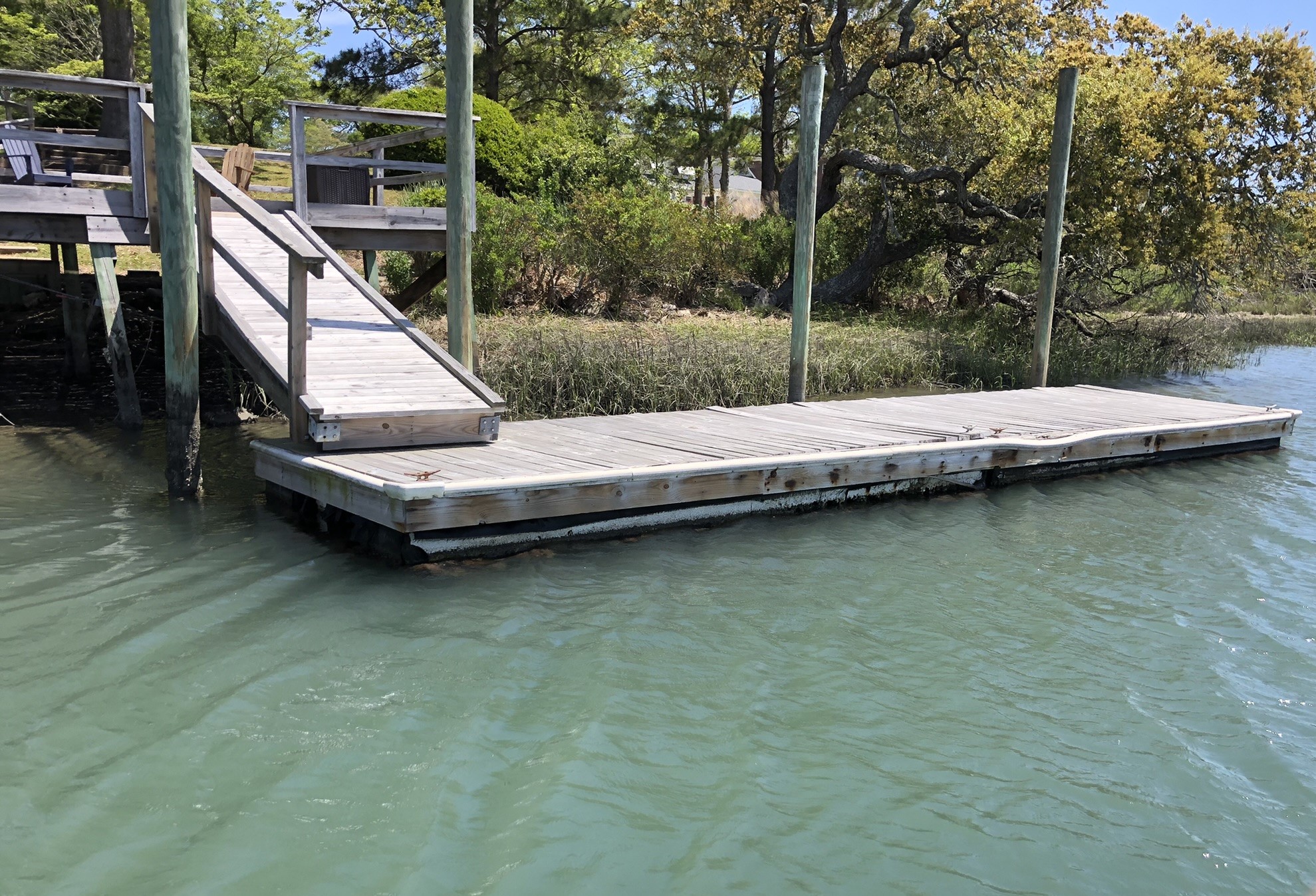 The Surf City town council passed an ordinance July 5 and North Topsail Beach aldermen July 6 during their respective meetings, following the lead of Topsail Beach commissioners who approved on April 13 the first such ordinance in the state.

Though the language varies slightly in each ordinance, the three towns explicitly prohibit the use of unencapsulated polystyrene on any new floating docks, piers and walkways.

“They were shocked with how much debris was found in the areas surrounding Topsail Island and reached out to the federation to see what they could do to help prevent it,” she said.

The Coastal Federation also suggested language for the ordinances.

“These docks break up and you get microplastics in the marshes. This would have a big impact in the future by eliminating the use of this product. Topsail Beach has adopted an ordinance to ban these types of floating docks. This applies to materials being used moving forward,” Breuer said, according to the meeting minutes. During the next work session, aldermen moved the proposed ordinance to their July meeting consent agenda.