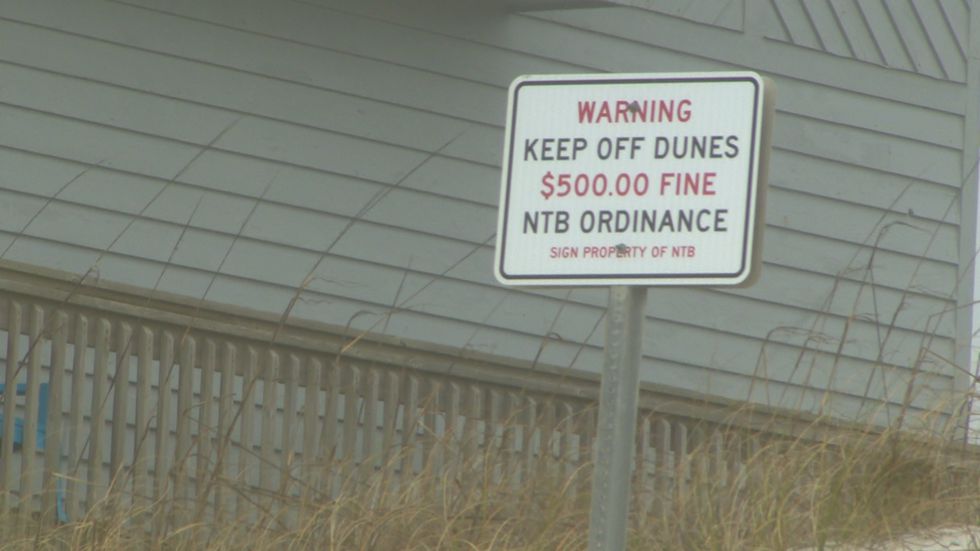 North Topsail Beach is asking the county for help to pay for a $900 million beach renourishment project.

ONSLOW COUNTY, N.C. (WITN) - A $900 million beach renourishment project could be stuck in the sand, and politics is to blame.

North Topsail Beach is trying to figure out how to fund their $16.5 million part in the project that’s been nearly 20 years in the making.

The town asked the county for its share of a 6% occupancy tax paid by renters in the town, but the county is shutting them down.

“The sources of revenue to pay these kinds of numbers were very limited,” said North Topsail Beach Town Manager David Gilbride. “Were we able to get $1.5 million back from the county, it would have a dramatic difference on the tax impact for residents.”

Renters in the state pay a 6% tax on rentals. Per state law, half of that is given to the county, and the other half is left for the town. In North Topsail Beach, that amounts to about $3 million per year, according to town officials.

Pender County gives their share to the town to develop their coastal areas, according to town officials. North Topsail Beach is asking for the same from Onslow County.

“I don’t anticipate that happening,” said Gilbride. “But it would have been nice.”