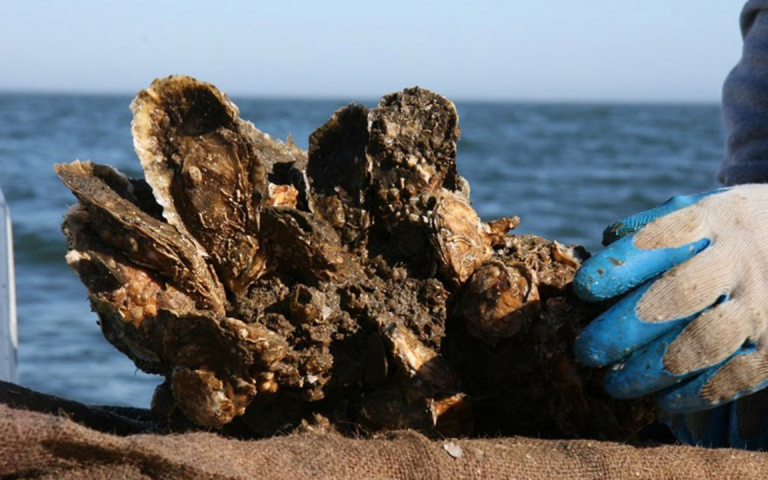 Good news for oysters! The North Carolina Coastal Federation and partners set out to restore 50 million oysters to coastal waters through their 50 Million Oyster Initiative.

In the end, they nearly tripled the that goal with 140 million oysters living on 43 acres of newly created oyster reefs.

The initiative launched in Pamlico Sound, where the federation, state Division of Marine Fisheries and partners created 40 acres of new oyster sanctuary between 2017-2019. Monitoring of the Swan Island Oyster Sanctuary by the Division of Marine Fisheries in 2020 indicated oyster densities as high as 2,000 oysters per meter squared on this reef. This translates to roughly 136 million oysters on the oyster sanctuary alone, when the reef architecture is taken into consideration.

“We are very pleased with this sanctuary’s ability to grow oysters year after year, and will continue to monitor its performance as a reference for future sanctuary design and construction,” said Cameron Luck, oyster sanctuary biologist with the state Division of Marine Fisheries.

In addition to the highly successful Swan Island Oyster Sanctuary, an additional 3.5 acres of oyster reef were created as living shorelines and patch reefs throughout the state along private property and in harvestable waters. Monitoring results from these patch reefs indicate they also support high densities of oysters, with each acre supporting more than 1 million oysters.