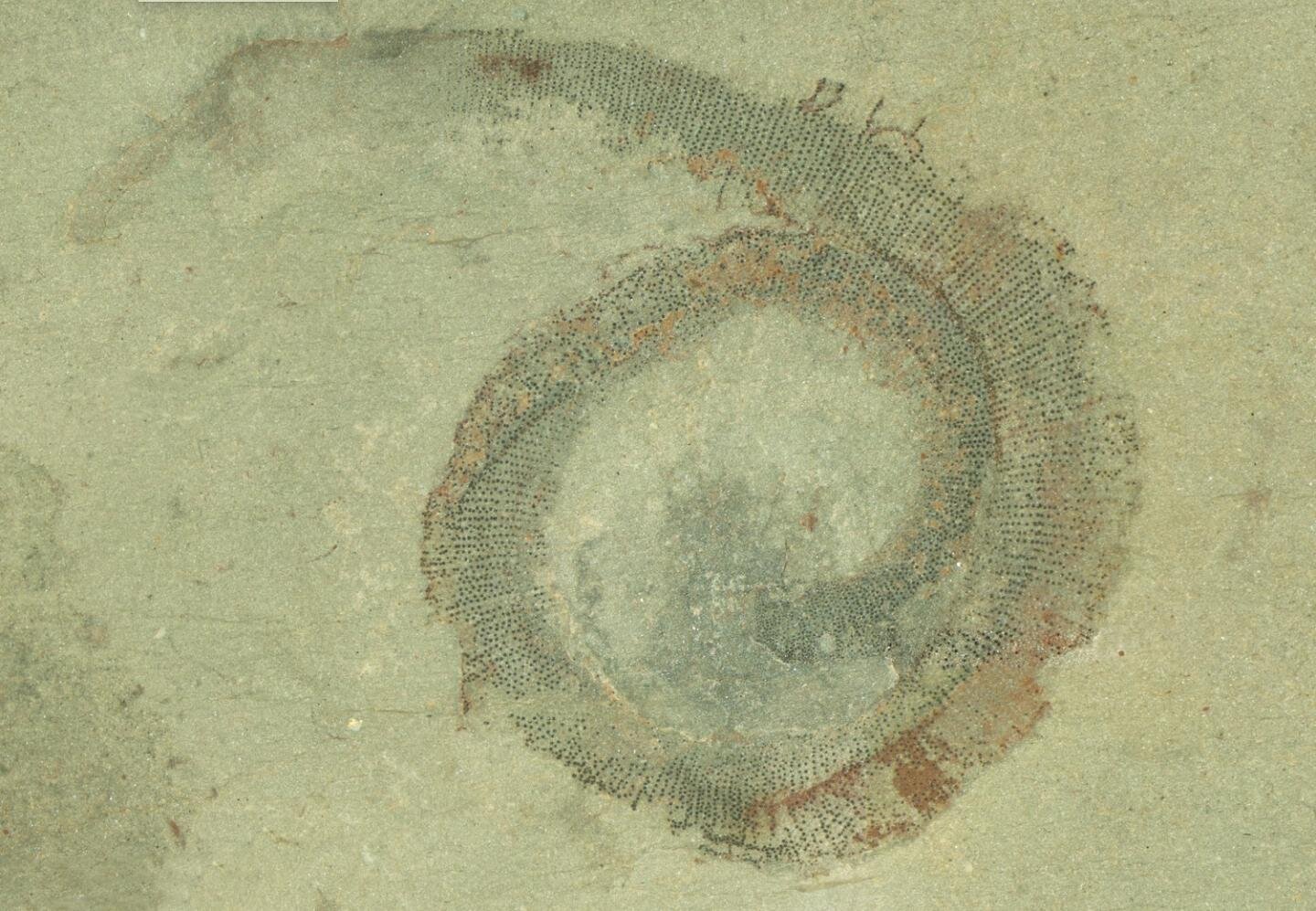 When a partial fossil specimen of a primordial marine worm was unearthed in Utah in 1969, scientists had a tough go identifying it. Usually, such worms are recognized and categorized by the arrangement of little knobs on their plates. But in this case, the worm's plates were oddly smooth, and important bits of the worm were missing altogether.

Discouraged, researchers placed the mystery worm in a "wastebasket" genus called Palaeoscolex, and interest in the lowly critter waned for the next 50 years.

That all changed recently when Paul Jamison, a teacher from Logan, Utah, and private collector, and his student Riley Smith were hunting fossils in the Spence Shale in Utah, a 506-million-year-old geologic unit housing a plethora of exceptionally preserved soft-bodied and biomineralized fossils. (Paleontologists call such a mother lode of fossils a "Lagerstätte.") There, Smith discovered a second, more thoroughly preserved example of the worm.

Eventually, thanks to Jamison's donation, the new fossil specimen arrived at the University of Kansas Biodiversity Institute, where Anna Whitaker, a graduate student in museum studies, researched and analyzed the worm with scanning electron microscopes, energy-dispersive X-ray spectrometry and optical microscopy.