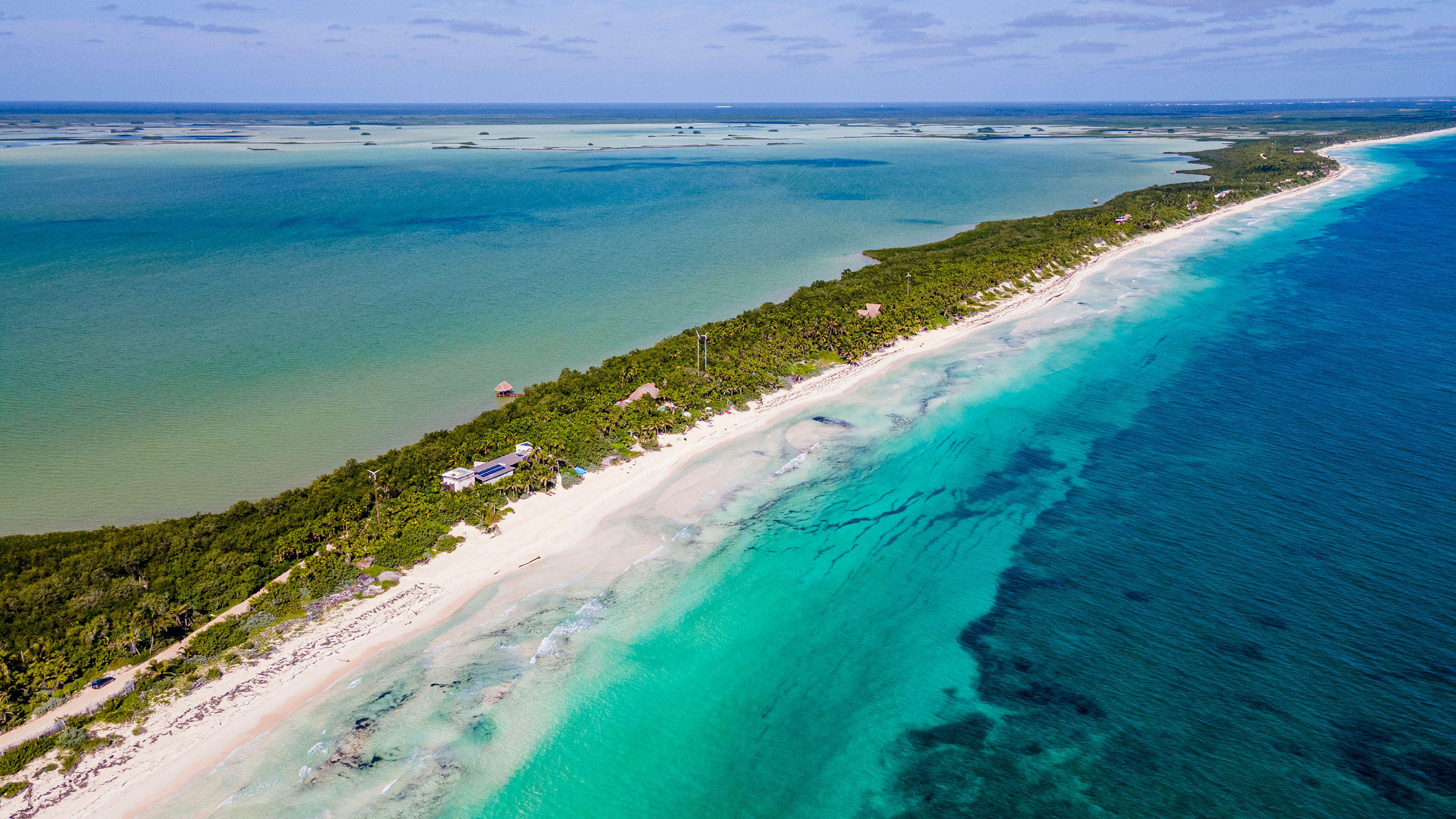 MX - This Mexican Preserve Is the Anti-Tulum. Is That About to Change?

lfaro Yam Canul motioned forward toward a stretch of dirt heading east from his hometown to a bay on the Caribbean Sea.

“It’s ugly,” he said, referring not to the scenery—the outskirts of the Sian Ka’an nature reserve, a UNESCO World Heritage site where dense jungle gives way to turquoise canals and habitats for big cats and rare birds—but to the road itself, which is marked by potholes and patches of mud that slow the rare car crossing it to a crawl.

Just 25 miles separate Felipe Carillo Puerto, a Mayan city with a pivotal role in the people’s history, and the beach on the edge of the reserve, though the condition of the road creates a nearly five-hour journey that’s hardly ever taken.

That means the city is choked off from the lucrative coastline, located at the tail end of the Mayan Riviera and just south of Tulum, where seaside ruins draw international crowds to one of Mexico’s most popular vacation spots.

In the spring, Yam Canul, a stout man with a serious face and a rebel’s red-starred cap, took his frustration as high as it goes in Mexico, in an encounter with the country’s president that was broadcast on national television.

“We realize that we have a great history, that we are always used as an example, and that people make a lot of money from our name. But that money isn’t seen by the indigenous communities in the state,” he told President Andrés Manuel López Obrador.

The solution Yam Canul proposed — to open up the Sian Ka’an reserve for development by the region’s Mayans — exposes a complicated history of the tourism hotspot, where indigenous rights, commercial interests, and environmental stewardship have vied for prioritization over decades.

Before 1986, when the federal government, amid a wave of conservation in the country, designated the area a protected biosphere and walled it off from most outsiders, Sian Ka’an, Mayan for “the place where the sky is born,” was a source of livelihood for the native population.

Crocodiles and sea turtles were food for the indigenous communities. From the animals’ skin and shells, they made clothing and medicine. Canals cut from freshwater lagoons to the Caribbean Sea were part of a trading route that extended down to Belize and Guatemala.

The water there is so clear and clean that local Mayans still drink from it, said Antonio Caamal, a boat pilot with Community Tours Sian Ka’an, who on a recent afternoon carried a trio of visitors through the reserve’s waterways.