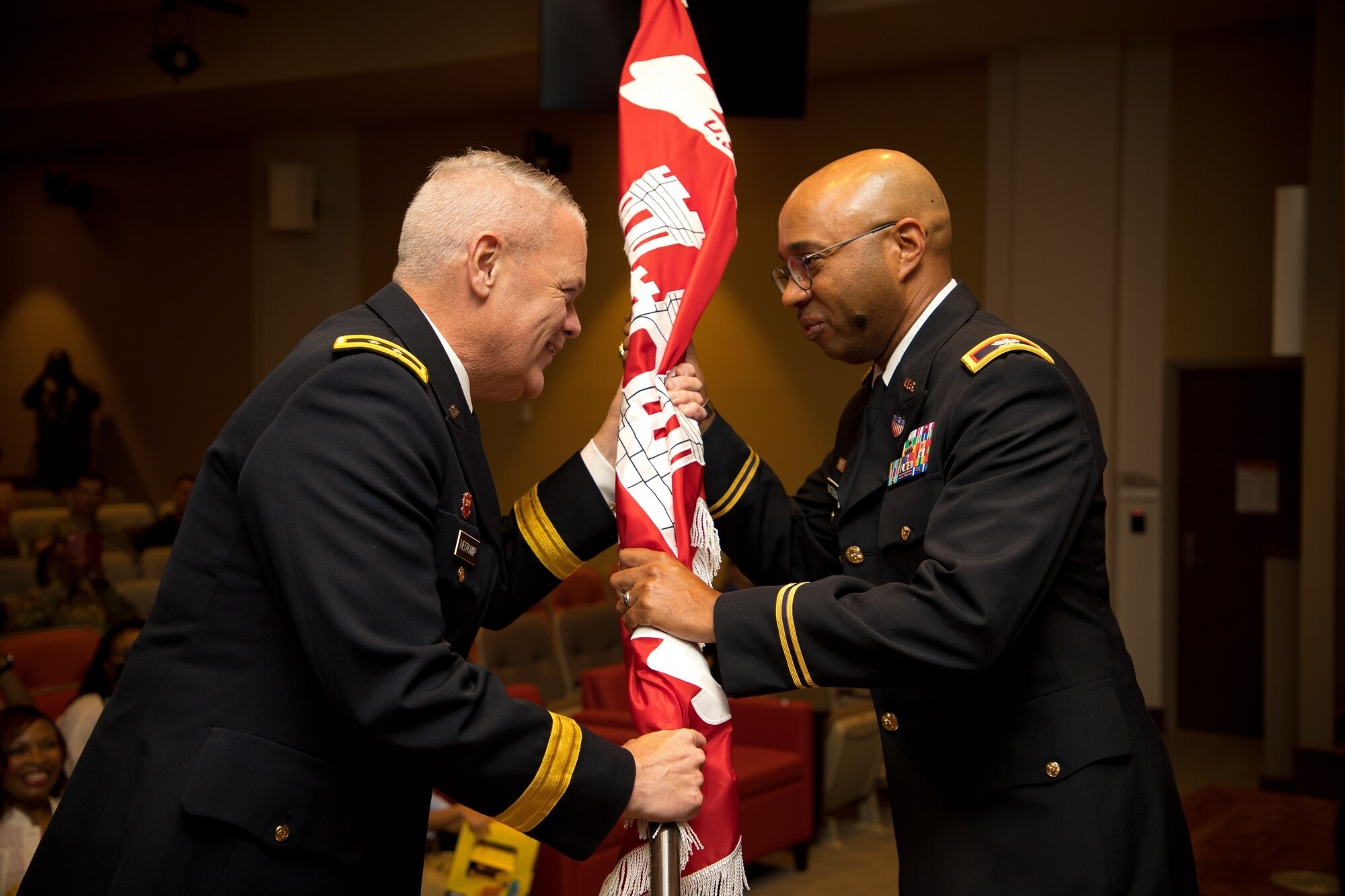 MS - New ERDC commander at the Army Corp of Engineers

The U.S. Army Corps of Engineers’ Engineer Research and Development Center or ERDC, has a new commander. Following ERDC’s first ever female commander, the first ever African-American commander is now at the helm.

Christian Patterson  The U.S. Army Engineer Research and Development Center is headquartered in Vicksburg, Mississippi. We’ve got seven total laboratories. Four of them are on our Vicksburg campus and then we have three other laboratories that are in Hanover, New Hampshire; Alexandria, Virginia and Champaign, Illinois. In addition to that, we’ve got a field research facility in Duck, North Carolina, as well as a permafrost research tunnel facility in Fox, Alaska. In terms of our mission, what we do is we work to solve some of our nation’s most challenging problems in civil and military engineering; geospatial sciences; water resources [and] environmental sciences for the Army, for the Department of Defense, civilian agencies and for our nation and, of course, for the warfighter.

Eric White  That is a wide footprint. Can you get any more specific on the kinds of projects that ERDC handles for the Army and the Army Corps of Engineers?

Christian Patterson  You know, it’s an excellent question. It’s so vast. In my previous experience with ERDC, I served as the director of communications and it was a challenge to keep up with all of the cutting edge science and technology and research and development that’s going on with ERDC, because our researchers often have multiple projects. The way that I kind of describe it is exciting. What I mean by that is, it’s kind of like a Rubik’s Cube. Instead of having nine sides that you have to line up in terms of keeping up with all the great research, it’s like 100. Every single one of our projects is amazing [in] so many special ways, but just to kind of give you an example is we have an improve ribbon bridge project that I just saw the other day with our coastal and hydraulics laboratory. What they’re doing is working on a bridge that will allow for the next generation of tanks to be able to cross from one side to another safely and so looking at the model that they had in order to be able to test that was amazing. That’s something that’s very important for our warfighters in terms of safety, contributing to mission accomplishment down the road in the future. Other things that are going on that are pretty cool are we’ve got a lot of blast weapons effects testing that is ongoing, improved pavement operations that are going on as far as like pavement technologies for different types of aircraft to be able to land on and then also installation and operational environments is pretty cool. Making sure that the installations that we have in the future are energy friendly, that we use our water resources, everything as efficiently as possible, you know, for our soldiers and our servicemembers. And then at our permafrost research tunnel facility up in Alaska, they’re continuously studying the effects of climate change and microbes, for example. So are there microbes in the soil that could potentially harm us whenever permafrost melts? Some interesting research that’s going on there as well. And then I would like to invite you to take a look out on the web at our power of verdict podcast, and on there, we have a great episode about the supercomputing that we’re doing in order to help with the next generation engine for the B-52. Take a look at that, you’ll definitely hear some great in depth information about the research and development that we have going on with ERDC.

Eric White  Yeah, with such a eclectic research, vast seems to be an understatement. How do you keep up with all that different kinds of research? And I guess we can use this to kind of segue into what you have planned for as now you are the commander of ERDC.

Christian Patterson  Yes, keeping up is a challenge because like I said, it’s a lot of it. But our leadership is really good about keeping us informed in terms of what projects are out there, who were supporting in terms of those projects and also who we’re working with. One of the great things about ERDC is that we have a ton of relationships that are throughout the DoD, with interagency and with academia. That constant collaboration [is] always there in terms of our projects and everything. And you mentioned, what are my plans is commander, well the commander in ERDC is a part of a very big leadership team. Dr. David Pittman is actually the director of ERDC and he is the chief scientist for the U.S. Army Corps of Engineers, so he is the one that provides the vision for the research and development for our ERDC team. Where I come in is that I work shoulder to shoulder with him as the lead over what’s called the installation operations command. So all of those laboratories that I mentioned earlier, they have to have enablers, they have to have a force that help them to be positioned to do the world class research and development that we do. [We] work with our Resource Management Office, contracting, safety, Department of Public Works, so those type of offices that support the research and development so that we can make everything happen as far as benefiting the nation and the warfighter.