Gulf of Mexico
via WLOX 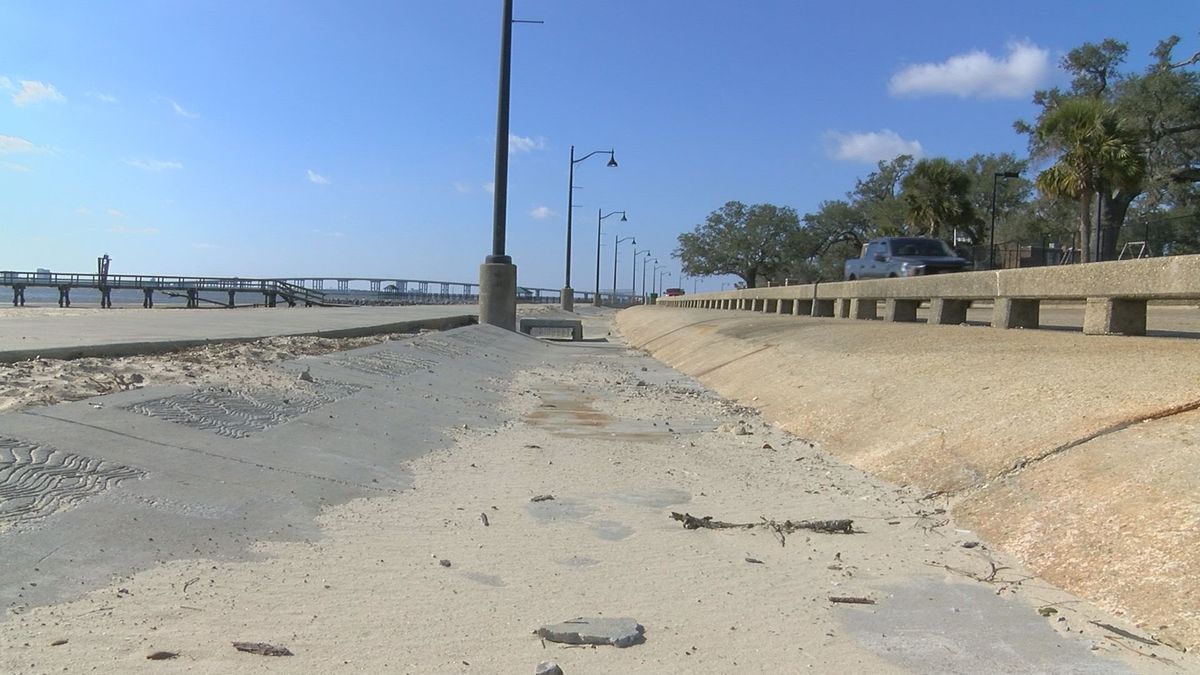 Front Beach in Ocean Springs will soon see more construction of concrete swales, despite some residents expressing their concern to the Jackson County Board of Supervisors.

On Monday, the Jackson County Board of Supervisors signed a contract with DcD Construction to build additional concrete swales across roughly 60% of Front Beach.

However, Mike Illanne and other Front Beach residents took turns voicing their concerns about the project at the supervisors’ meeting Monday morning.

“I and several other folks were here to request that the county pause that project so that we can have a broader discussion about the many issues we have on Front Beach that need to be fixed,” Illanne said.

One of the issues some residents have is the appearance of the concrete swales. Jackson County Supervisor Troy Ross believes the county must first focus on solving the erosion problem and then cosmetics.

“This is a man-made beach. We’re always going to find erosion. What we’ve got to do is mitigate as much of it as we can so that we can actually capture it and fix the problems so we’ll cut down on maintenance cost long term,” Ross said. “This was designed over about a year-long process. So engineers came out and studied where the water ran and so this is a scientific thing. Trust the science and this project will work.”