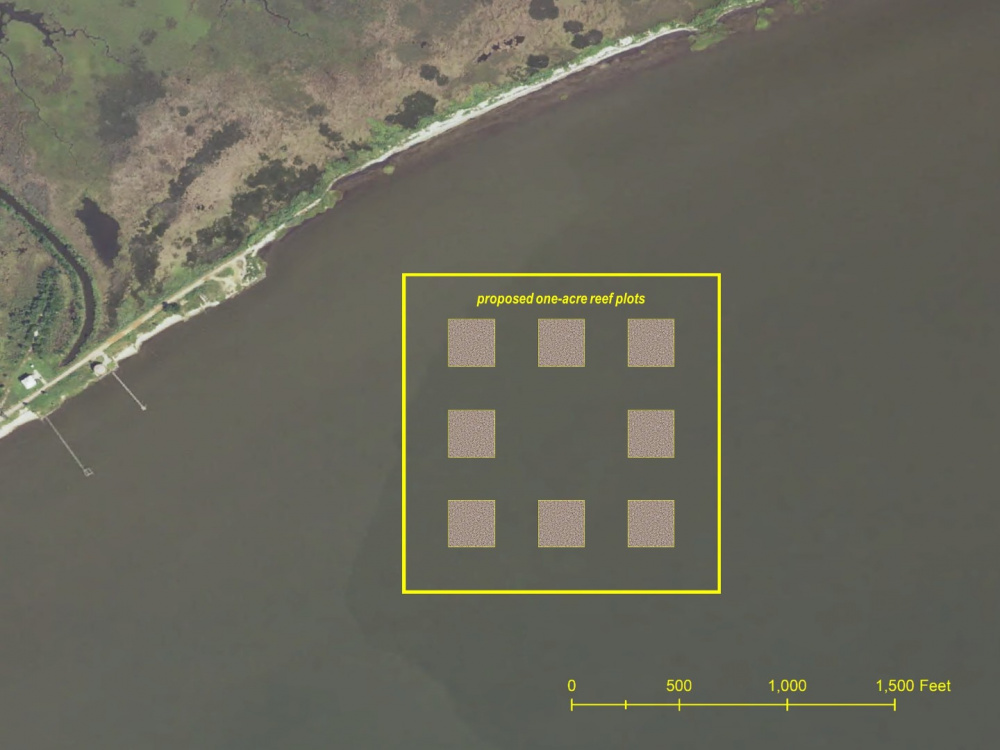 The U.S. Army Engineer Research and Development Center (ERDC) has announced a three-year research collaboration with the University of Southern Mississippi (USM) to create oyster reef habitat in the northern Gulf of Mexico.

The primary objectives of the project are to investigate methods for optimizing oyster habitat restoration in the area ― which would ultimately lead to oyster population recovery — and enhancement of ecosystem services in coastal waters; a secondary objective is to evaluate whether the oyster reefs have any impacts on the use of critical habitat by Gulf sturgeon, a federally protected species.

A robust oyster population is vital to the ecology and the economy of the region.

The team is currently evaluating potential sites off the coast of Mississippi for the reef placement. “Some sites would likely have better data for sturgeon research,” said Dr. Safra Altman, a research ecologist with ERDC’s Environmental Laboratory (EL) and ERDC’s technical lead for the project. “We intend to build the 3D oyster structures on two 50-acre leases, with each lease having eight one-acre reef plots.”

Dr. Todd Slack, an ERDC-EL fisheries biologist who will be investigating Gulf sturgeon, thinks the project will deliver other benefits.

“The hope is that increased productivity associated with the creation of the new reefs will improve nearby benthic invertebrate productivity, which will positively benefit Gulf sturgeon,” he said. “The reefs also might eventually create recreational opportunities for people, by providing essential fish habitat, a critical component for improving fisheries resources. We anticipate trout, sheepshead, drum and crustaceans such as crabs and shrimp will congregate and eat around the reefs, and that means more habitat for these species ― and the species that feed on them — as well.”