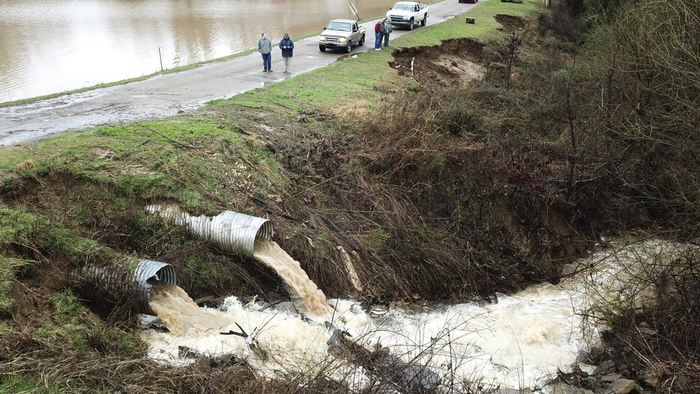 A previous report said huge pumps at the confluence of the Yazoo and Mississippi rivers would hurt wetlands.

JACKSON, Miss. (AP) — The U.S. Army Corps of Engineers on Friday published a draft of a new environmental impact statement that supports a proposal for massive pumps to drain floodwaters from parts of the rural Mississippi Delta — a reversal of a previous federal report that said the project would hurt wetlands.

The state's two Republican U.S. senators praised the new findings for a project they and other politicians have supported. Conservation groups have said, though, that the proposal to build huge pumps at the confluence of the Yazoo and Mississippi rivers would be harmful and expensive.

Prominent Mississippi politicians have been pushing the Trump administration to revive and fund the project that has been estimated to cost more than $400 million. The Environmental Protection Agency vetoed the project in 2008 under Republican President George W. Bush, with the agency saying “adverse impacts on wetlands and their associated fisheries and wildlife resources are unacceptable."

The draft published by the Corps of Engineers on Friday said new research shows that the project is “not anticipated to convert any wetlands into non-wetlands.”

“While this project is still far from the finish line, I am encouraged that the Corps has listened to the people of Mississippi and seen the impact of the floods on our state and our environment,” Sen. Roger Wicker said in a statement Friday.