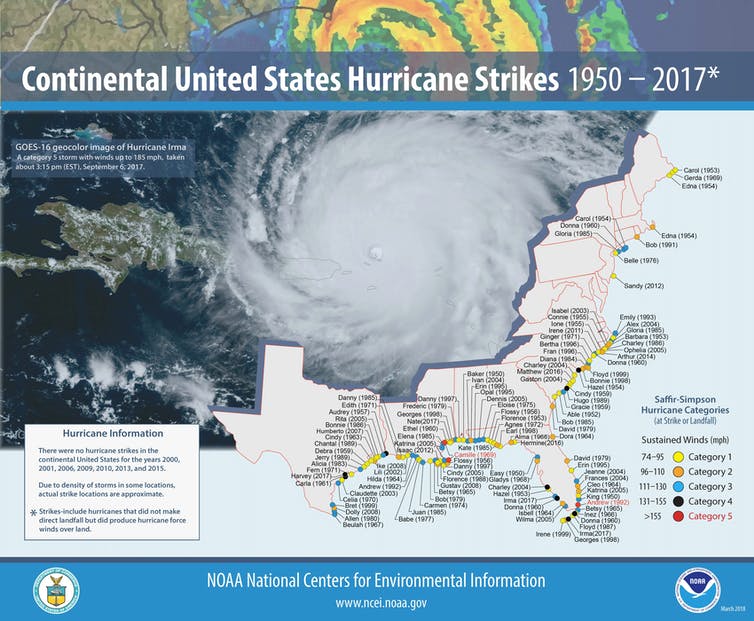 The one-two punch of tropical storms Marco and Laura along the U.S. Gulf coast eerily echoes Hurricane Katrina’s arrival 15 years ago, on August 29, 2005.

Katrina, which caused some US$170 billion in damages, remains the most costly storm in U.S. history.

Much attention in 2005 focused on the devastating flooding that Katrina wreaked in New Orleans. But other hard-hit towns also have stories to tell. I’ve spent 15 years researching the storm’s effects in Mississippi, centering on the city of Biloxi, home to about 46,000 people.

Biloxi’s history, culture and economy are tied to the Gulf, driven by seafood and tourism. Its nickname is “the playground of the South,” an allusion to local beaches and its long history of illegal gambling.

Today the gaming is legal: Eight of Mississippi’s casinos are located in Biloxi. Those casinos employ over 7,200 people and generate close to $20 million annually for the city.

In my forthcoming book, “Mississippi After Katrina: Disaster Recovery and Reconstruction on the Gulf Coast,” I explore Biloxi’s story and what it can tell other U.S. communities about long-term disaster recovery.

Katrina also ravaged a wide area beyond New Orleans. Towns along the Mississippi Gulf Coast faced the storm’s strongest side. In Biloxi, Katrina killed 53 people and destroyed nearly 20% of the town.

Thousands of residents sheltered locally, and many were left in temporary housing afterward. Over 65,000 jobs were lost. Casino closures cost Biloxi millions of dollars in revenues. Biloxi’s population dropped by 8% after Katrina, a loss it never recovered.