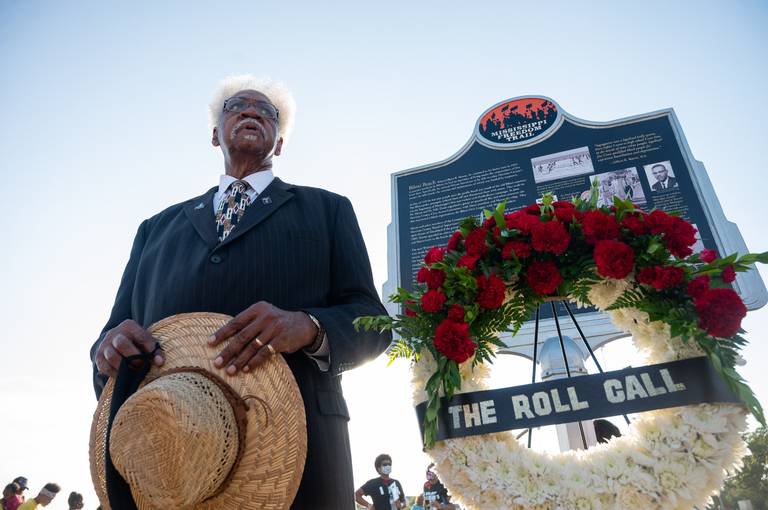 MS - Biloxi Wade-Ins Were Part of a National Movement. A Virtual Panel Will Tell the Story.

During the civil rights movement, Biloxians were far from the only Americans who protested for equal access to beaches.

They joined Black people in southern cities like Miami and St. Augustine, and northern towns like Madison, Connecticut, to demand— and win — the right to visit their local beaches.

That national history, and Biloxi’s critical role in the story, is the topic of a virtual panel on Monday evening, organized by the Black Archives History & Research Foundation of South Florida, “Still Waters Run Deep: The Fight for Beach Access Across America” will bring together historians, curators, and Biloxi wade-in participant Bishop James Black.

The conversation will cover how and why segregated beaches were created around the country, and how activists like Dr. Gilbert Mason Sr. in Biloxi organized to win integration of these public spaces.

Kamila E. Pritchett, operations and programming manager for the foundation, said the beach protests are one of many threads in the story of the civil rights movement that deserve more recognition. Names like Dr. Martin Luther King Jr. and Selma, Alabama, are familiar to most Americans, while Dr. Mason and Biloxi, for example, are not.

But their legacy lives on in events like the “die-ins” held in Missouri malls and around the country to protest the killing of 18-year-old Michael Brown by Ferguson, Missouri, police.

“This type of peaceful protesting, and maybe they’re patterning it after sit-ins, but this is something that without them even knowing it, they’re repeating history,” she said.