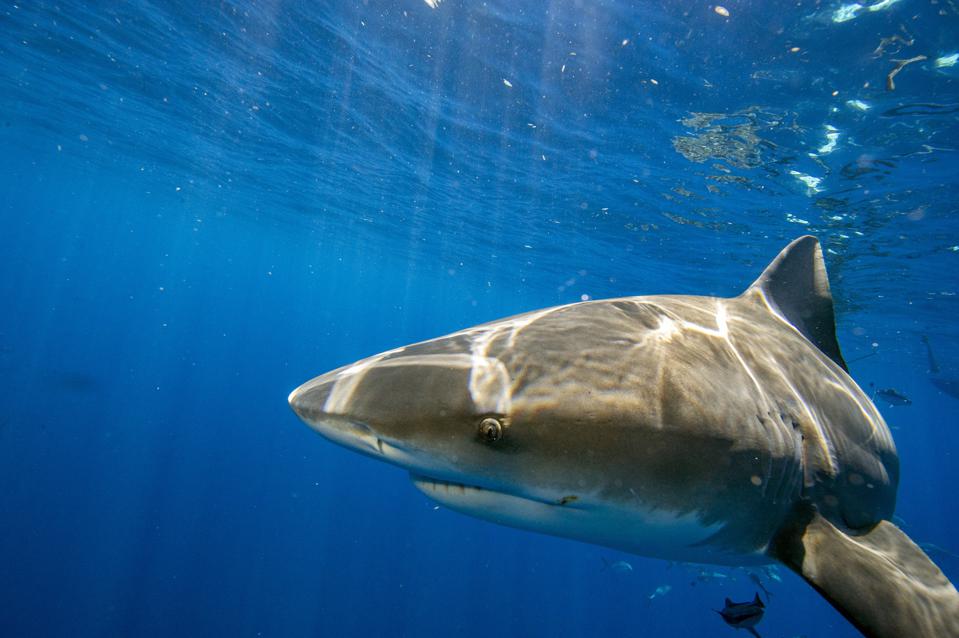 This build on a study in 2020 that found that reef sharks across the globe are in decline, missing from 19% of the world's coral reefs. At the time, this was the greatest decline of reef sharks ever recorded, but these recent results suggest that the extinction risk of coral reef sharks and rays, as a percentage of threatened species, is almost double that of all 1,199 known shark and ray species. “The findings highlight the need for immediate conservation action for these species through local protections, fisheries management and enforcement, and Marine Protected Areas,” stress the authors of the new study.

Coral reef ecosystems are among the most vulnerable to global climate change. These grand structures are composed of tiny animals called polyps, which live, reproduce, die, and eventually leave behind their skeletons. These skeletons are the basis of coral reefs like the Great Barrier Reef. While they only occupy less than 0.1% of our ocean’s floor, they are home to more than a quarter of all marine life, making them even more populated than rainforests. It’s not just animals who reap the rewards from this ecosystem - people benefit from reefs, too. They protect coastlines from storms and waves, which can cause land erosion and destruction, as well as providing food and employment for many millions. But due to destructive fishing practices, pollution, coastal development, and climate change, corals have been dying in mass numbers.

‘Extinction crisis’ of sharks and rays to have devastating effect on other species, study finds

A coral reef is an oasis of biodiversity and food for reef sharks, and it has been found that sharks and rays are also vital for coral reef health (i.e. helping it to function as these predators cover a range of ecological niches, from filter feeders to apex predators). We are still learning about the various ecological roles that reef sharks play, but scientists believe that there are still numerous mutual benefits to be discovered between these animals and coral reefs. However, it is gradually becoming evident that their absence has consequences. Previous research has highlighted that reef sharks influence their prey’s behavior just by existing! Herbivorous, grazing fishes have been shown to dramatically reduce how much seaweed they eat when reef sharks are around, which can change the landscape of the reef as a whole. Take those predators away and it’s unclear what will happen. Declines in sharks has also been shown to influence the behavior of stingrays and increase their local numbers, but what ecological consequences this has... who knows. Although overfishing has previously been attributed to steep declines in some populations, there are still questions over the global status of sharks and rays living in coral reefs.

Known as the "Mother of Sharks," I'm a Latina marine biologist who has a lot of labels: science communicator, conservationist, author, educator, podcaster, television presenter. You might have seen me on Discovery Channel's Shark Week, National Geographic, BBC Wildlife, heard my TEDx talk or read my Scholastic books.

I write about sharks, the diverse people who work with them, and why both matter. As founder of The Fins United Initiative, a program that teaches audiences shark conservation and education, I find it vital that we learn to co-exist with these oceanic predators. That's why I do all that I do, and why my PhD (and outreach) revolves around human-shark interactions.

Tips or story ideas? Reach out- I don't bite!