Great Lakes
Spearing fish is a right afforded to tribal members through treaties with the federal government.Paul Middlestaedt for MPR News 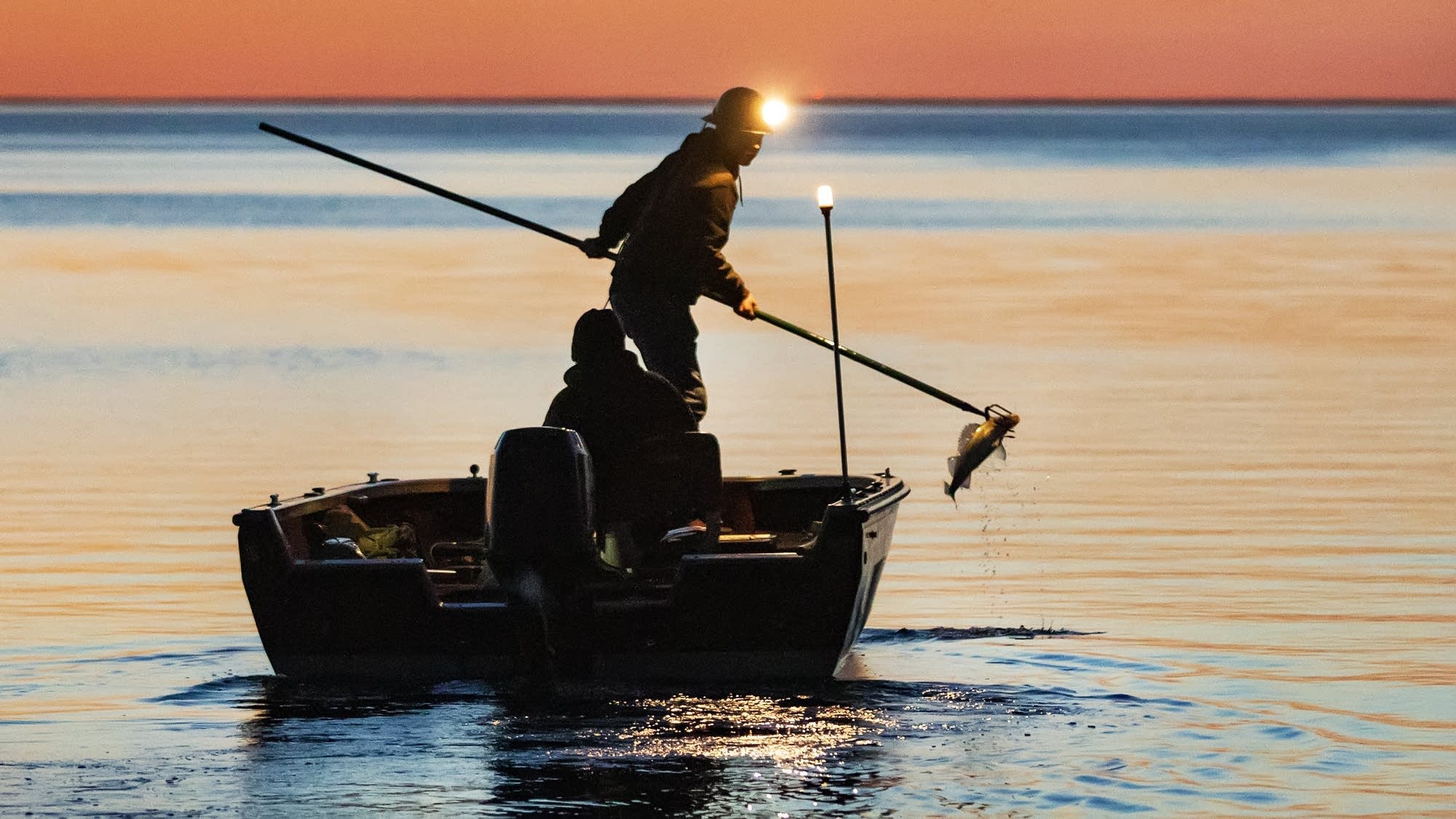 Bob Elm waited for the setting sun to dip below the horizon before heading out onto the chilly blue waters of Mille Lacs Lake.

At a public landing on the lake’s east side, he and other tribal members loaded spears and buckets into fishing boats, and donned helmets with headlamps attached.

"We use our lights to shine in the water,” Elm said. “The walleyes' eyes actually glow, or they reflect the light, so they're easy to see."

Elm is a member of the Lac du Flambeau Band of Lake Superior Chippewa, of northern Wisconsin.

It’s one of several Native American tribes that retain the right to fish on Mille Lacs, part of the territory the tribes ceded when they signed treaties with the federal government nearly two centuries ago. Those rights were later affirmed by the U.S. Supreme Court in the 1990s.

With the ice finally gone on most Minnesota lakes, the spring fish harvest is in full swing. Tribal members say the annual ritual of gathering fish through spearing or netting provides a vital food source for the community and preserves a cultural tradition.

On this clear evening, Elm is one of four dozen Lac du Flambeau members who made the nearly four-hour trek from Wisconsin to central Minnesota for a night of spearing on Mille Lacs.

"It's that time of the year and we like to harvest walleye, and it sure tastes good,” Elm said. “So we make the drive over here, get out of town and do a little adventure and come over to the big lake over here. We love it."