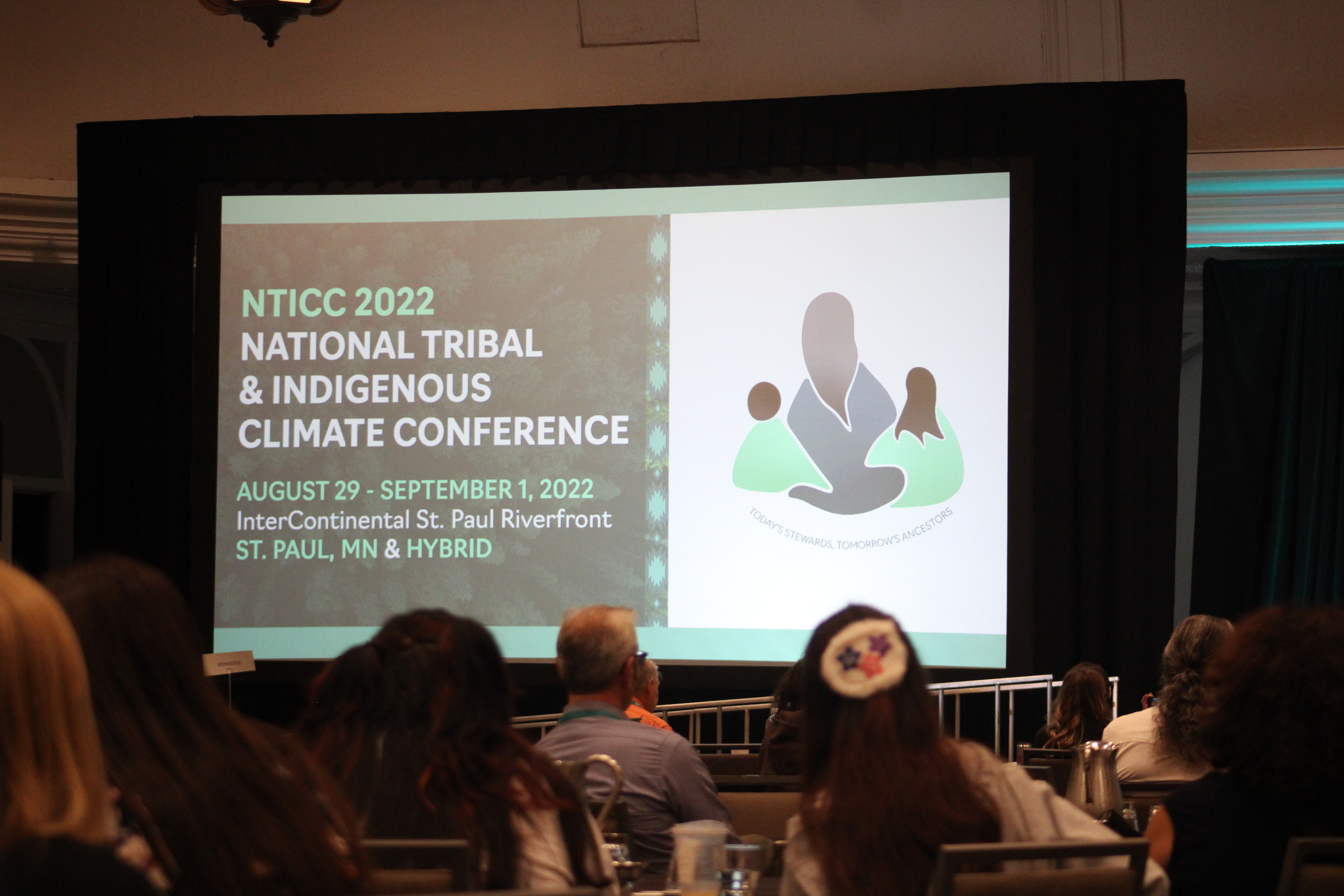 The four-day conference, which kicked off on Monday, is organized by the Institute for Tribal Environmental Professionals (ITEP) and the Bureau of Indian Affairs (BIA) Tribal Resilience Program. Programming focuses on sharing knowledge about climate change with an emphasis on honoring traditional and Indigenous ways of life.

"The Mille Lacs Band of Ojibwe waited two years to host this conference, and we are so honored to be here," said ITEP's Executive Director Ann Marie Chischilly during Tuesday's opening plenary session.

Chischilly also mentioned that the Covid-19 pandemic put a pause on hosting the conference in person in 2020, and this is the first in-person event for the biennial conference.

"According to a report released by the United Nations a few years ago, Indigenous people are the most vulnerable to climate change," Mic Isham, executive director of the Great Lakes Intertribal Fish & Wildlife Commission, said during the opening session. "So, I asked our elders what they thought of this release, and their response was what gave me hope ... our culture has survived addictions, starvation, chemical warfare, illness, and boarding schools. They said that we are not the most vulnerable, but the most likely to survive — and that's what gave me hope for the future."