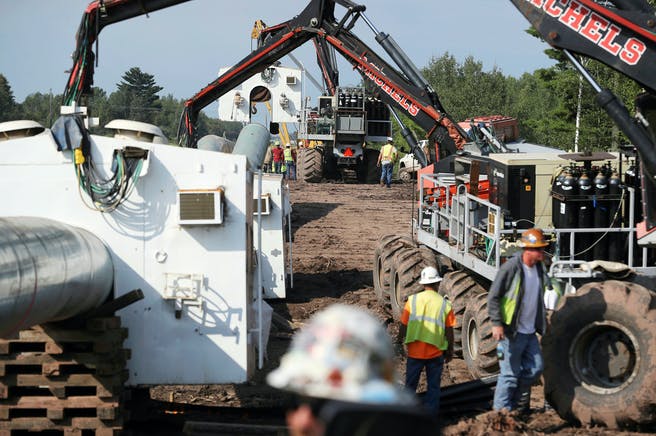 Construction could start in December after the Minnesota Pollution Control Agency and Department of Natural Resources approved the project; Army Corps of Engineers permit expected.

The U.S. Army Corps of Engineers still must approve its own environmental permit — one Enbridge has said that it expects to get soon. A union official told the Star Tribune that he expects Enbridge will begin construction next month.

Line 3, which would transport heavy Canadian oil to Enbridge’s terminal in Superior, Wis., has been navigating the Minnesota regulatory process for six years. The pipeline would cross 212 streams and affect more than 700 acres of wetlands in Minnesota.