International
Patania II, a 25-tonne seabed mining robot, is lowered into the Pacific Ocean to begin a descent to the sea floor, in the Clarion Clipperton Zone of the Pacific Ocean, April 2021. GSR/Handout via REUTERS 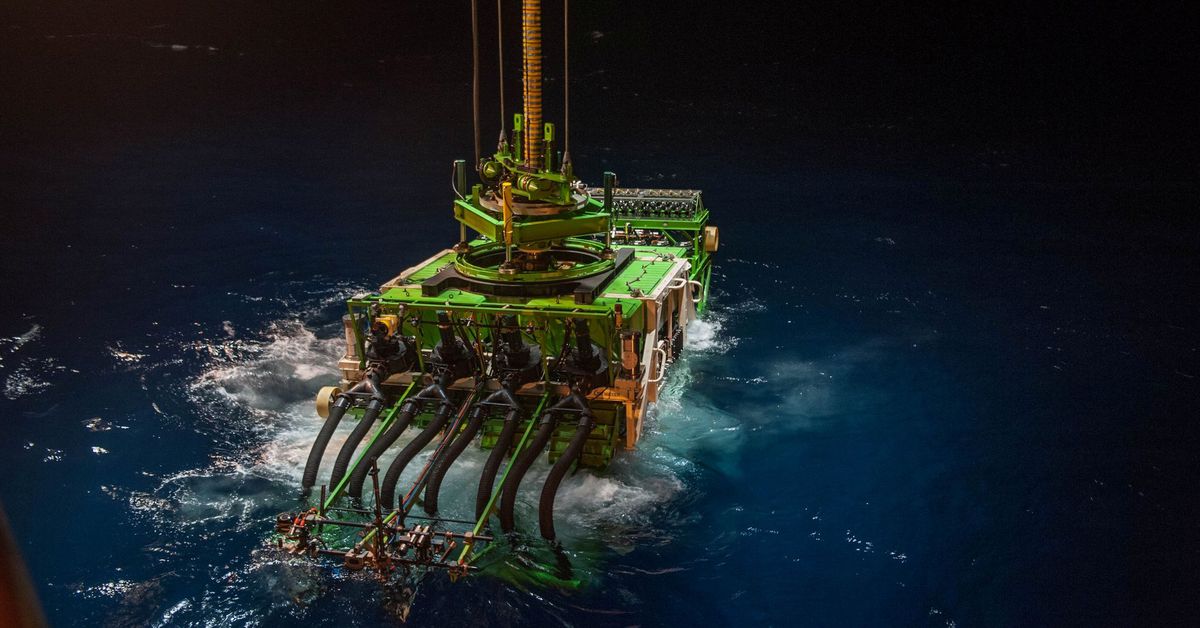 A seabed mining robot being tested on the Pacific Ocean floor at a depth of more than 4 km (13,000 ft) has become detached, the Belgian company running the experimental trial said on Wednesday.

The machine is meant to collect the potato-sized nodules rich in cobalt and other battery metals that pepper the seabed in this area, and was connected to GSR's ship with a 5km cable.

"On its final dive in the GSR area, a lifting point separated and Patania II now stands on the seafloor," a GSR spokesman said in an emailed statement.

"An operation to reconnect the lifting point begins this evening and we will provide an update in due course."

The GSR trial is being observed by independent scientists from 29 European institutes who will analyse data and samples collected by the robot in order to measure the impact of seabed mining.

While several companies and countries have seabed exploration contracts, regulations governing deep-sea mining have not yet been finalised by the International Seabed Authority, a U.N. body.