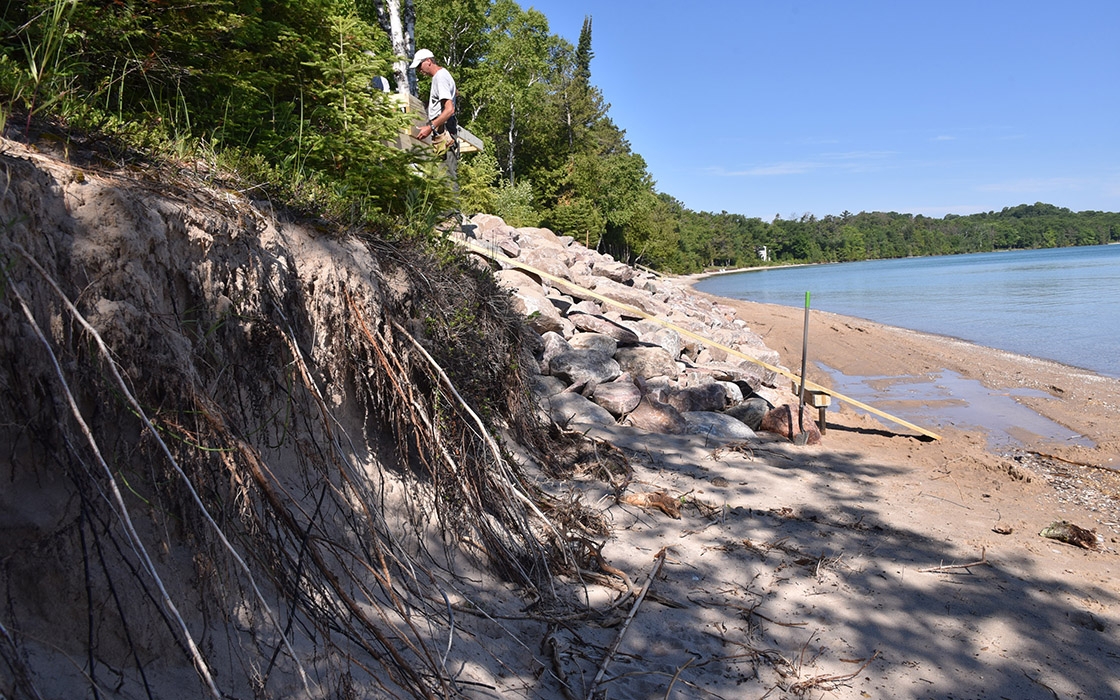 Wendy Slade loved to take in the sights and sounds of Lake Michigan from her beach house on Cathead Bay, until the lake began to turn against her.

Over several consecutive springs of heavy rainfall, Slade and her partner, Peter Davidson, watched the sprawling beach disappear from their property near the tip of the Leelanau Peninsula. Massive storm surges battered the remaining shoreline last winter and into the spring, uprooting trees and knocking chunks of their front yard into the water.

“Who could believe this big, beautiful blue pond would turn into a land-eating monster?” Slade said. “The beach became something I hated.”

Desperate to halt the erosion, Slade and Davidson hired a contractor to install a boulder barrier along their shoreline. With the roughly $200,000 project completed this month, the pair hope they can again enjoy their dream home, instead of worrying it might collapse into the lake.

They are among more than a thousand Michigan property owners who have secured state permits to protect their Great Lakes shoreline this year, desperate for a reprieve from the rapid erosion that has accompanied record-high water levels throughout the Great Lakes.