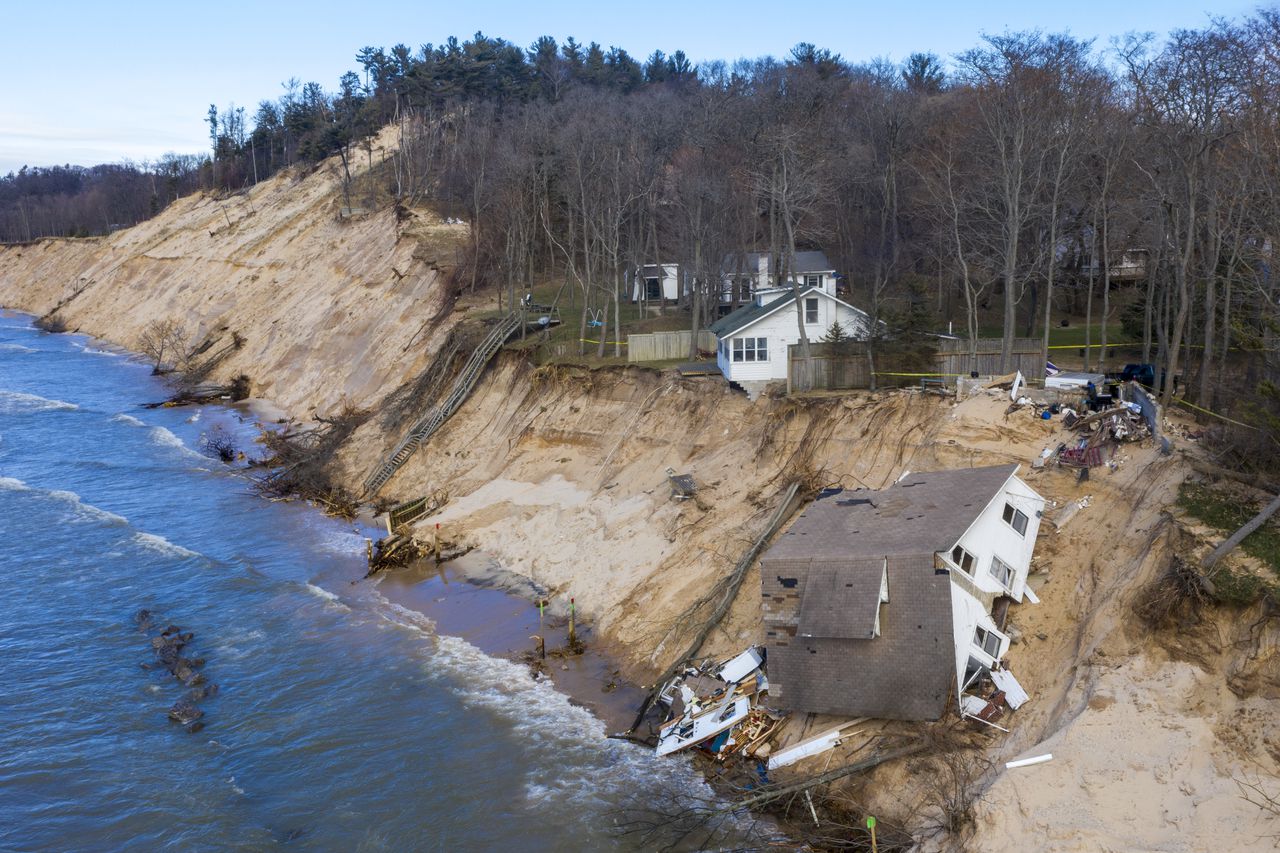 MI - Lakeshore communities say erosion is an emergency. Why isn’t the state acting?

MUSKEGON, MI – Two months after a cadre of lawmakers asked for an emergency declaration due to shoreline erosion, Gov. Gretchen Whitmer’s office has declined to take action.

There are several reasons for the inaction, according to administration and emergency management officials. Counties have not exhausted their own resources; the threat is more to private property, rather than critical public infrastructure; and erosion is an ongoing problem, rather than a short-lived, single event.

As erosion ate away at the Lake Michigan shoreline in December, a dozen lawmakers – 11 Republicans and a Democrat – signed a letter to the Democratic governor, seeking the declaration of a state of emergency in order to access more state and federal resources.

When the governor’s office was asked why she hasn’t made the declaration, an MLive reporter was referred to a spokesperson for the Emergency Management & Homeland Security branch of the Michigan State Police.

That spokesperson, Dale George, told MLive that the process for formally requesting a state of emergency must go through local emergency managers, and that his office has not received any such applications.