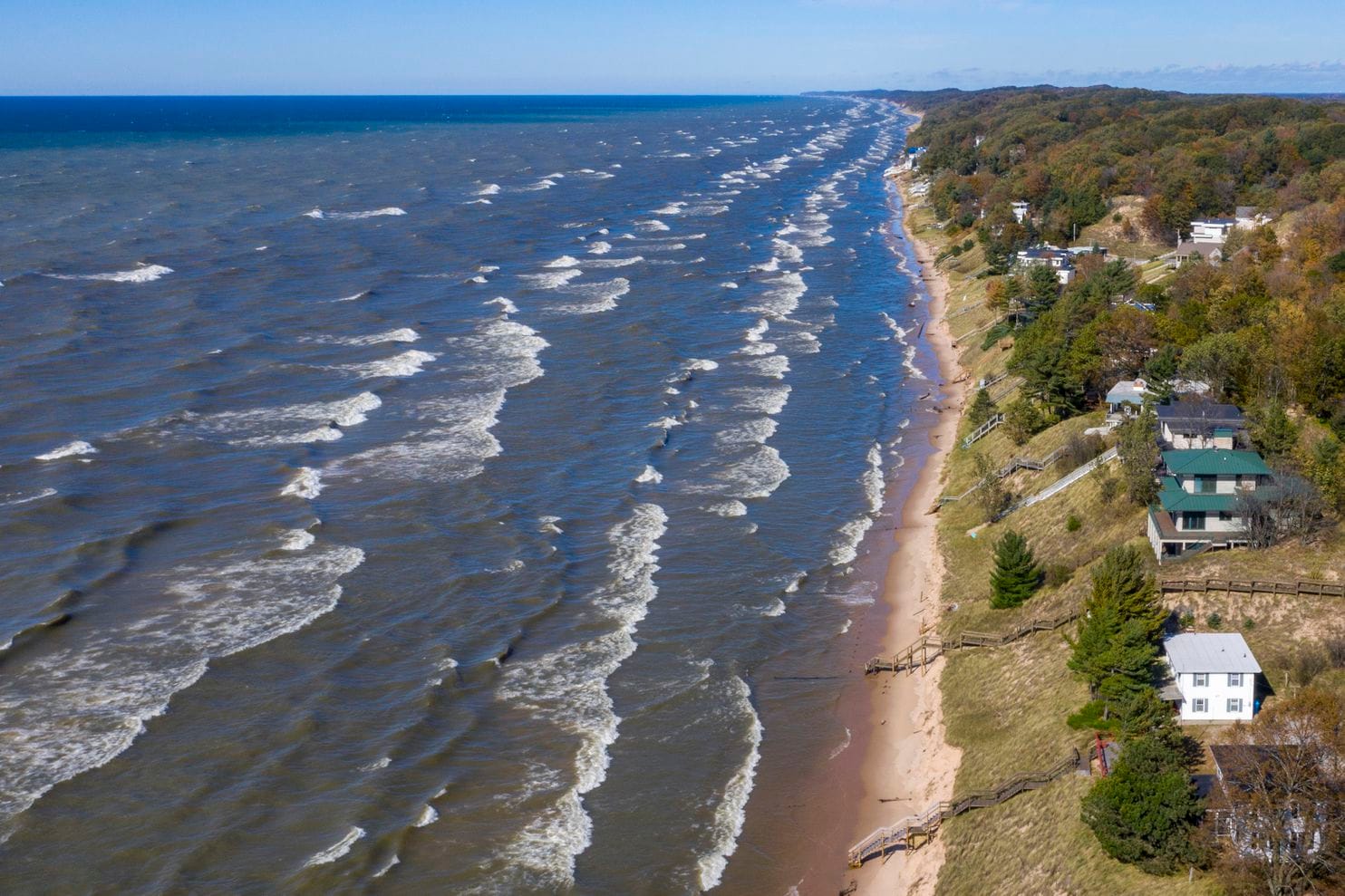 Water levels on Lake Michigan and the other Great Lakes are continuing to set records, with mean water levels for the month of May breaking setting new heights for the first time in more than 30 years.

In a press release, the U.S. Army Corps of Engineers (USACE) Detroit District stated that Lake Michigan — as well as Lakes Huron, St. Clair and Erie — set new monthly mean water level records during May 2020, topping records previously set in 1986 on Lakes Michigan and Huron and in 2019 on Lakes St. Clair and Erie.

"The May monthly mean level for Lake Michigan-Huron was 581.96 feet, which exceeded the previous record set in 1986 by 4 inches," Emily Schaefer, public affairs specialist for the USACE Detroit District, told the Daily News in an email.

As summer begins in earnest, all of the lakes are either in their period of seasonal rise or are reaching their peak, except for Lake Ontario, which is expected to begin its seasonal decline this month.

Though most of May was dry, the USACE stated that the middle of the month brought heavy rainfall to some areas of the Great Lakes basin, resulting in a wetter than average month for the Michigan-Huron and Erie basins. In the coming months, water levels are projected to continue to hit or exceed record high-water levels on all lakes other than Lake Ontario. Significant erosion and flooding continues in many locations, too, as water levels remain extremely high.