Great Lakes
Water levels on Lake Michigan had dropped below record stage for the first time in over half a year in September, 2020. This photo was taken in late August 2020, near Frankfort, Michigan. Will Haenni / WWMT-TV 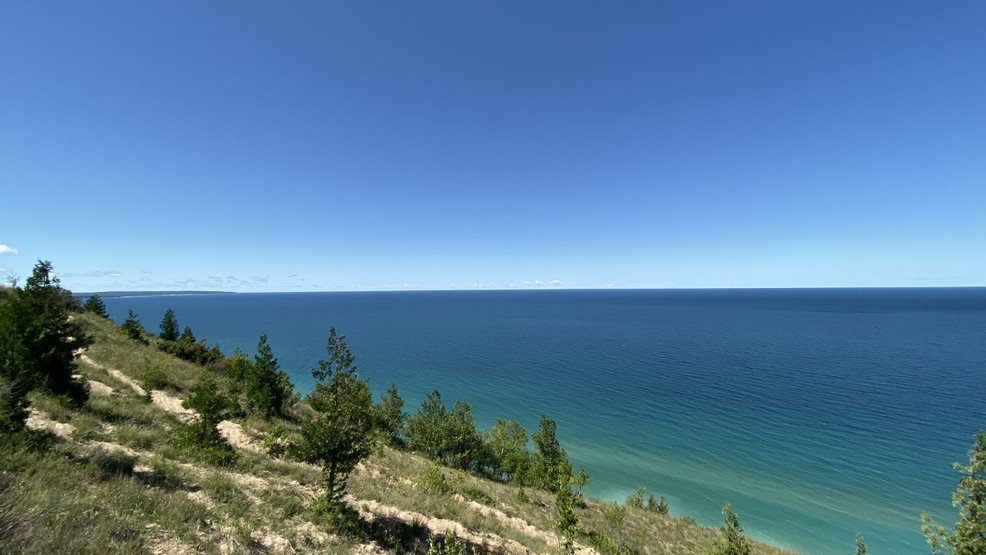 KALAMAZOO, Mich. — The water level on Lake Michigan continued its seasonal decline and had fallen below record stage as of early October.

September marked the first month of 2020 in which the Lake Michigan-Huron basin did not set a record for the highest monthly average water level.

While new records weren't expected to be set this month, the lake wasn't far behind. Averaging the first five days of October 2020, Lake Michigan-Huron was only 8 inches lower than the all time record for the month, set back in 1986.

John Allis, chief of the U.S. Army Corps of Engineers' Great Lakes Hydraulics and Hydrology Office, Detroit District, said the latest forecasts keep the basin approximately 4 to 8 inches below record levels over the next 6 months in the most probable scenario.

"Even sustained dry conditions over the next 6 months, that still has us almost two feet above average," Allis said. "So it's going to take multiple seasons of relatively dry conditions, or something really unique to really dry the levels down that far."

On the other hand, if an abnormally wet late fall and winter were to occur, this could again push the water level above last year, according to Allis.