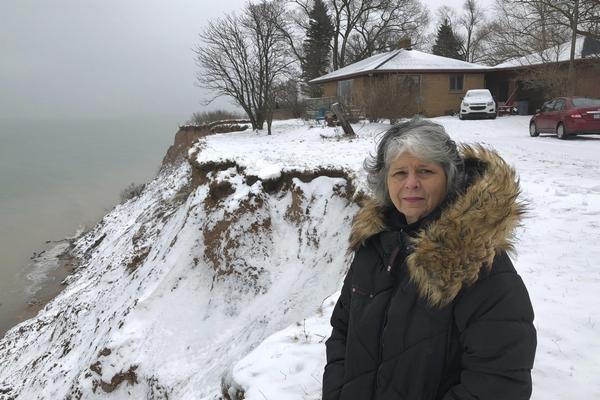 The lakes are bursting at the seams less than a decade after bottoming out.

Rita Alton has an unusual morning routine these days: Wake up. Get dressed. Go outside to see if her house is closer to tumbling down an 80-foot cliff into Lake Michigan.

When her father built the 1,000-square-foot brick bungalow in the early 1950s near Manistee, Michigan, more than an acre of land lay between it and the drop-off overlooking the giant freshwater sea. But erosion has accelerated dramatically as the lake approaches its highest levels in recorded history, hurling powerful waves into the mostly clay bluff.

Now, the jagged clifftop is about 8 feet from Alton’s back deck.